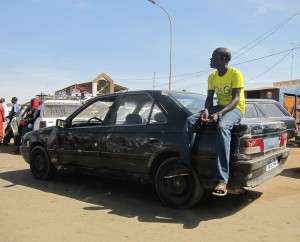 In a region plagued by conflict, Senegal has a history of robust democratic institutions, stability, and relative economic prosperity, attracting foreign investment and playing a key role in regional peacekeeping. However, an attempt by President Abdoulaye Wade to gain a third term in office has led to unrest and violence in the capital of Dakar over the past few months, as the Senegalese opposition and civil society groups reject his attempt to gain another seven-year term.

President Wade has served two terms in office, and had promised earlier to step down at the end of his second term, based on the two-term limit established in 2001 and signed by Wade himself. However, he reversed his position in December 2011 and declared his intention to run, arguing that the term limit—established during his first term in office—did not apply until the beginning of his second term. The attempt outraged opposition figures already angry with Wade’s centralization of power, who accused Wade of breaking from Senegal’s long tradition of adherence to democratic principles.

On 28 January 2012, the Constitutional Court found in Wade’s favor and declared him eligible to run, while simultaneously throwing out the candidacy of music star Youssou N’Dour after throwing out 4,000 signatures on his petition that “could not be verified.” Widespread protests broke out in the capital city of Dakar, prompting a severe police response that left six persons dead. Violent confrontations between protesters and police continued throughout the following weeks as the opposition called for its supporters to fill the streets of the capital, with opposition figures, dozens of protesters, and a number of police officers injured (see AFP coverage of riots on the 17th, 18th, and 19th of February, in French).

Ultimately, the presidential elections took place on 26 February in relative calm. While Wade gained the largest share of votes, with 34.8% of the ballots, he was unable to avoid a runoff election, where former prime minister Macky Sall (who won 26.5% of the vote) will challenge him for the presidency. The runoff is scheduled for 25 March, and the outcome is by no means certain. Considering Senegal’s historic role as a standard-bearer for democracy in a region beset by coups and civil war, Senegalese, West Africans, and the international community alike are awaiting the results with anticipation.