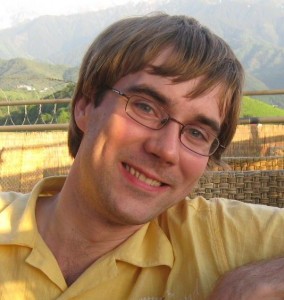 My dissertation research is concerned with the role of beliefs and practices of hospitality in mediating economic and political changes in contemporary Tajikistan. My central hypothesis is that the moral and material imperatives of hospitality in Tajik society play a substantial role in both motivating certain migration practices, often through compelling expenditure, and conditioning the moral evaluations that Tajiks make of themselves and others. Moreover, the implications of hospitality as a moral frame extend beyond the day-to-day interactions that Tajiks have amongst their friends and relatives to the international interactions that happen between heads-of-state and migrating Tajiks abroad. My research explores hospitality and the guest-host relationship as one of the locally salient ways that Tajiks use to make sense of and manage the contemporary reality of living trans-nationally.

Hospitality as a focal point for understanding post-Soviet migration patterns emerges out of both the local ethnographic milieu and a growing attention to the theme as a trans-local phenomena in the social science literature. Hospitality is frequently identified by locals as a defining characteristic of Tajik “national” culture and the roles of guest and host are used as a way of managing daily encounters both within and beyond local communities. These are fluid categories that intersect prominently with other self-identified symbols of Tajik culture such as weddings, something which has begun to receive substantial treatment in studies of migration. The fact that hospitality in a diversity of forms is widely distributed across the world and that social scientists often find their practices of knowledge production entangled with it also gives the concept useful comparative value. Just as international labor migration is a worldwide phenomenen whose comparative investigation in one place can lend insight into structuring elements that may be at work elsewhere, so local forms of hospitality in Tajikistan and those in other places may help to mutually illuminate one another.

My research during the SSRC Eurasia Program focused on two dimensions of this general analytic that are key to contextualizing the ethnography-based work of my dissertation: a reconstructive historiography of hospitality in Tajik society and a reconsideration of its historical role in knowledge production.

First, what historical evidence is available about Central Asian hospitality practices in the late 19th and early 20th century that can shed light on continuities and discontinuities between that period and the present? This research began with an analysis of pre-revolutionary accounts of Central Asia by ethnographers, travelers, and colonial officials and extended into more recent writings on material culture and the Soviet paradigm of studying etiquette practices. The SSRC supported research in the libraries of Saint Petersburg’s ethnographic museums and consultations with experts in the Russian-language literature to advance this stage of the project.

Second, in what ways did norms adhering between guests and hosts condition the types of knowledge that outside observers such as ethnographers have been able to produce about the society they were studying? How did these norms reveal or hide certain aspects of the society from their view by enabling or limiting certain kinds of ethnographic encounters and what clues might this provide to contemporary researchers about the constraints in their own research? My research on this question has focused on identifying unpublished sources, such as diaries and letters of notable intellectuals in Central Asia, in order to extract accounts of interactions that were crucial to facilitating ethnographic writing, but were not necessarily considered ethnographic knowledge at their moment of production. The SSRC supported research with the unpublished materials of one of Tajikistan’s most foundational ethnographers, Mikhail Stepanovich Andreev, at the Institute of Oriental Manuscripts in Saint Petersburg.

Brinton Ahlin has been a PhD student in the Anthropology Department at New York University since 2011. He first conducted research in Tajikistan during the summer of 2008 for a B.A. thesis on the relationship between migrant remittances and Tajik cultural practices. Upon completing his undergraduate education at the University of Chicago in 2009 he received a Fulbright-IIE award that gave him the opportunity to continue his research in Tajikistan while also volunteering at a children’s book publishing company. 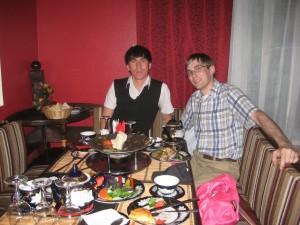