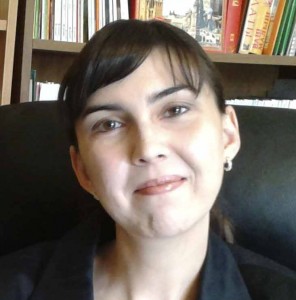 Between Developmentalism and Patrimonialism: Exploring the Causes of Nationalization in Russia

My dissertation examines the puzzle of renewed statism in Russia’s economic policy. Throughout the 1990s, Russia led the Commonwealth of Independent States in private-sector ownership as a portion of the national economy. However, in 2005, the private sector’s share of Russia’s GDP dropped from 70 to 65 percent, stabilizing at that level, as the state expanded its ownership and control of the economy. My research addresses the following questions: What conditions led to this change in government policy toward private business? Why are Russia’s leaders motivated to increase state intervention in the economy? Finally, why has the Russian government nationalized some private companies but not others?

Whereas transition literature regards the expansion of state ownership in Russia as a reversal of reform or a case of politics interfering with economic rationality, I argue that recent state acquisitions in Russia signal the return of the developmental or producing state, oriented toward rebuilding its manufacturing industry after the debacle of privatization. As Russian leaders are well aware, Russia lost almost half of its economic potential during the 1990s with deindustrialization and destruction of physical capital reaching enormous proportions. Privatization is generally justified on the grounds of improving economic efficiency and competitiveness. However, Russia’s most competitive high-technology sectors were the first to be dismantled and suffered the greatest damage.

My research focuses on an institution of patronal presidentialism as Russia’s version of a “pilot agency” responsible for economic reform, supplementing this model with a broader understanding of state-society relations. Using a hand-collected dataset on the 400 largest Russian companies, observed from 2004 to 2011, I find that state intervention has been most pronounced in high-technology and strategic sectors and companies with high employment concentration. Nationalization is closely related to the creation of vertically-integrated companies and consolidation of remaining state assets in high-technology and strategic sectors with the aim of gathering in them viable companies and research teams in order to maintain Russia’s industrial and intellectual potential. Underlying this empirical pattern of state intervention is the specific type of the state’s internal organization and evolving state-society ties, which can be described as Russia’s “iron triangle.” I suggest that the three elements that make up Russia’s “iron triangle” are state managers, loyal oligarchs, and labor. Situating each element in the context of prior privatization decisions, I argue that nationalization constrains first-round winners of reform and empowers first-round losers, creating a political coalition in support of the state’s modernization agenda.

Anna Lowry’s dissertation examines the interplay between patronage politics and economic development in Russia through an empirical analysis of the determinants of state intervention in strategic and high-technology industries. Anna’s research interests lie in state-business relations, property rights, and the politics of economic reform in post-Soviet Eurasia. 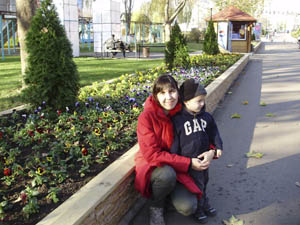