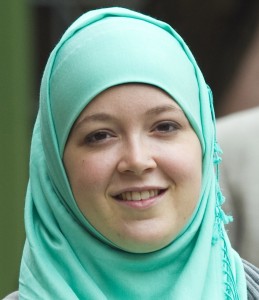 My dissertation project addresses the question of how Muslim scholars hailing from Transoxania (present-day Uzbekistan) in the 10th – 13th centuries CE constructed a theory of knowledge that sought to give an account of the unique epistemological status of the truths transmitted by Muslims. This epistemology resulted in the unquestionable historical validity of the Qur’an and statements from and about the Prophet Muhammad. It is exemplified by Islamic legal theorists’ and theologians’ development of the theory of akhbār (reports, or testimony), and in particular, the concept of tawātur (recurrent transmission), which describes the situation in which transmission of a statement by a sufficient number of agents in every generation and over sufficient space, so as to preclude the occurrence of an error or collusion on a lie, guarantees the occurrence of knowledge in the mind of the recipient of the statement. Using manuscripts of previously unstudied and unknown works by Transoxanian scholars of this time period – collected in Uzbekistan and Turkey – I explore the shared epistemic foundations of Islamic legal theory and speculative theology, as well as the epistemic maneuvers used to specify that the agreement of vast groups through tawātur was dispositive only for the Muslim community. The significance of this study lies first in demonstrating the communitarian epistemological commitments of Transoxanian Muslim scholars. Resonating with trends in philosophy and the sociology of knowledge, I find that the knowledge arrived at by testimony is generated by the Muslim community, and through communal performance maintains certain social institutions such as the Qur’an and the ḥadīth. The social epistemological framework that I develop works as an Islamic Studies conception of verstehen, and facilitates the explanation and analysis of these aspects of the dialectics of knowledge transmission in Islamic thought. Second, by introducing new sources on Transoxanian Islamic thought, and conceiving of Transoxania as an intellectual center at a geographic periphery, my dissertation erases a blind spot in the fields of Islamic Studies and Eurasian Studies by shifting the focus to Islamicate Transoxania, offering a new perspective on the simultaneous development of Islamic legal and theological schools throughout the Islamicate empire.

Before joining the PhD program at the Department of Middle Eastern and Islamic Studies at New York University, Dale J. Correa received her AB from Dartmouth College in Asian and Middle Eastern Studies, and completed the Center for Arabic Study Abroad program in Cairo, Egypt. She was an SSRC Mellon International Dissertation Research Fellow and International Research and Exchanges Board (IREX) Independent Advanced Research Opportunities Fellow in Uzbekistan and Turkey for 2011-2012. Her research interests include the development of theory and methodology for the academic study of Islam and religion; social and communitarian epistemology; manuscript history; and multilingualism in the pre-modern Islamic intellectual tradition. She specializes in formative and post-formative Islamic law, legal theory, theology, and Qur’anic exegesis, and in the pre-modern intellectual history of the eastern regions of the Islamic empire, especially Transoxania. Dale is an active member of the American Academy of Religion, the American Oriental Society, the Central Eurasian Studies Society, and the Middle East Studies Association. She lectures frequently in the U.S. and abroad on topics related to the Islamic intellectual tradition, and teaches Arabic language privately in addition to working as a freelance translator of Arabic and Persian. 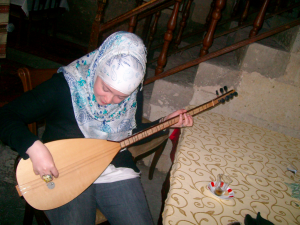