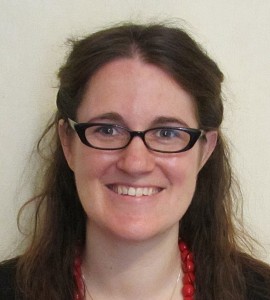 Beyond the Natasha Effect: Determinants of Human Trafficking Policy Variation in the Post-Soviet Region

University at Time of Fellowship: University of Kansas

This dissertation project examines policy approaches aimed at addressing human trafficking in the countries of the former Soviet Union. It aims to expand the diffusion of innovation theory to explain the policy adoption and implementations variations throughout this region and determine what this variation can tell us about the implications for human trafficking in public policy research. The main research question examines why some countries adopt policies and others do not and why some countries successfully implement policies and others do not. More specifically it examines whether variations in all 15 countries of the former Soviet Union, in regards to human trafficking policy adoption and implementation are due to internal determinants such as the type of political system, level of democracy, bureaucracy, environmental factors, and from external pressure from the U.S. and the international community. A quantitative analysis was conducted in all 15 countries of the former Soviet Union and then case studies with fieldwork in Russia, Latvia, and Ukraine determined the situation on the ground concerning adoption and implementation.

The project focuses on the states of the former Soviet Union because they are central to the problem of human trafficking. This region is so prevalent for trafficking in human beings that women from this region have been dubbed “Natashas” because of their seemingly similar Slavic features and prevalence in the sex industry. However, increasingly men and children from this region are also found as victims of labor exploitation through forced labor and child begging. While many of the challenges faced by women in this region have been extensively documented, governments are struggling to develop policy tools to combat this divergent form of trafficking that includes men and children. This region has been recognized internationally as one of the largest source regions for human trafficking in the world, suggesting that there are factors at play within these countries that encourage human trafficking. Ineffective government policy and inadequate government responsiveness could account for the prevalence of human trafficking in this region. The results of this project determine why some countries have comprehensive policies while others have none at all and why some of these countries that have human trafficking policies are more effective than others at implementing their anti-trafficking policies. This research contributes to the growing scholarship on human trafficking by developing a theoretical framework to understand policy adoption and an empirical strategy to assess policy diffusion and implementation.

Laura Dean is a Ph.D. candidate in the Department of Political Science at the University of Kansas. Her dissertation examines policy adoption and implementation variations in the countries of the former Soviet Union focusing on anti-trafficking policies. Laura conducted 15 months of fieldwork for her dissertation research in Russia, Ukraine, and Latvia. She traveled around these countries interviewing policymakers, counter trafficking police, non-governmental organization leaders, and human trafficking task force members to ascertain what elements led to the adoption of human trafficking policy and what impediments are present in the implementation process. She also conducted participant observation at anti-trafficking non-governmental organizations and archival research on government policy documents and newspapers. In 2007-2008 she was a Fulbright Research Fellow to Latvia where she researched human trafficking while volunteering at a human trafficking shelter which set the foundation for her dissertation research. Laura has a M.A. in Political Science and a Graduate Certificate in Women, Gender, and Sexuality Studies from the University of Kansas and an M.A. in International Studies focusing on Russian, East European, and Central Asian Studies from the Jackson School of International Studies at the University of Washington. Laura is from Stillwater, Minnesota and received her undergraduate degree from the University of Wisconsin-Eau Claire. 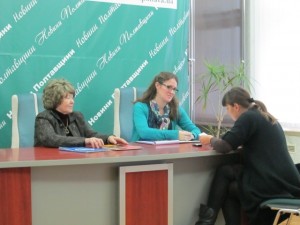