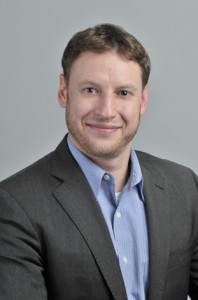 Dr. Gans-Morse joined the Northwestern University Department of Political Science in 2011 after completing his PhD at the University of California, Berkeley. He teaches courses in Comparative Politics, Political Economy, and Post-Soviet Politics.

His current research examines the political foundations of property rights in post-communist countries. He has additionally published articles on the interaction between economic reforms and democracy, the history of neo-liberal economic reforms, and theories of political transitions. Recent publications have appeared in Comparative Political Studies, Post-Soviet Affairs, and Studies in International Comparative Development. His primary regional expertise is the former Soviet Union. Prior to his doctoral studies, he was a Junior Fellow at the Carnegie Endowment for International Peace in Washington, DC, a recipient of two US State Department fellowships to Moscow, and a Resident Director for the American Councils for International Education’s student exchange program in St. Petersburg, Russia. 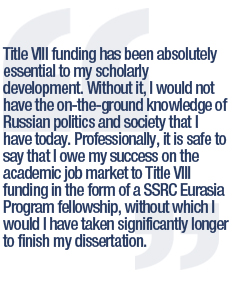