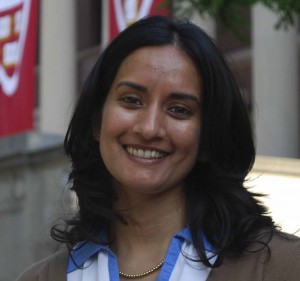 Science and Innovation Across Borders: Consequences of the Russian Brain Drain

The proposed research focuses on two central questions related to the migration of scientists after the collapse of the Soviet Union. First, I examine how emigrants have contributed to the flow of scientific knowledge across national borders in the post-Soviet period. My analysis of scientific publications, patents, and citations in an econometric framework will assess to what extent scientists who emigrate are important links to scientists in their country of origin. Second, I will study how the emigration of scientists has impacted knowledge flows to their geographic peers, or flows within the country. As an example of an innovative government approach to countering brain drain and stimulating knowledge flows, I will also evaluate the impacts of a recent Russian funding program to bring elite scientists to Russian institutions. Questions about brain drain and knowledge flows are typically difficult to study due to the significant data requirements and inability to observe scientists before and after they emigrate. The collapse of the USSR offers a unique natural experiment that can provide new quasi-experimental evidence on how emigrants contribute to knowledge flows. The Eurasia research award allows me to collect new micro-level data and qualitative data that makes this research agenda possible.

In September 2012, Ina Ganguli joined the Stockholm School of Economics, SITE as an Assistant Professor. Her research areas are labor economics, the economics of science and innovation, international development and economic history, with a focus on the countries of the former Soviet Union. Ina was previously an IREX Embassy Policy Specialist in Azerbaijan and Tajikistan, a Fulbright Scholar in Ukraine, and a Bundestag International Parliamentary Program Fellow in Germany. Ina holds a PhD from Harvard University, a Masters in Public Policy from the University of Michigan and a Bachelor of Arts in Mathematical Methods in the Social Sciences from Northwestern University. 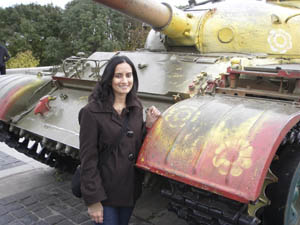