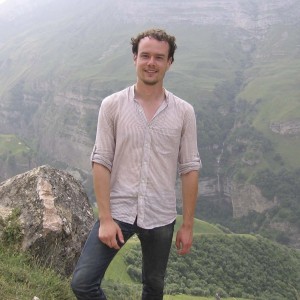 Islamic Pious Endowments in Azerbaijan: A Case Study in the Transformation of Property Relations and Ethical Communities

In recent years the meanings of and relations between Islam, property, and the state are being challenged with greater regularity. The nature and role of Islam are debated globally in the context of the Islamic revival and the Arab Spring, the concept of private property is being extended to resources and information previously thought to be outside of its rubric, and the debate over the relevance of the state in the context of transnational capitalism continues to rage. In this project I turn to one part of the Muslim world, the Caucasus nation of Azerbaijan, where property regimes have undergone dramatic changes over the last two centuries. Considering the extraordinary shifts from property relations ordered by Islamic concepts, to Russian imperialism, to Soviet socialism, to the contemporary system of private ownership, I ask: How have changes in property regimes over the last two hundred years affected Azerbaijanis’ relationships to both Islam and the state?

To answer this question through a concrete case study, I plan to examine Islamic pious endowments or vəqf (waqf in Arabic) in the context of the Soviet creation of socialist property and its recent transformation into private property. Individuals created vəqfs by either building public institutions like mosques or madrasas, which could not be divided or sold in perpetuity, or by setting aside similarly inalienable agricultural land or shops whose revenue would go to support these communal institutions. Though less common, vəqfs could also be established for the benefit of the founder’s descendants in a form closely resembling a trust. In Azerbaijan, vəqfs were officially abolished in 1920 and integrated into collective farms in the 1930s, yet the extent to which they continued to operate as sources of locally controlled public revenue in the Caucasus remains largely unstudied. I will examine this possibility by using archival and ethnographic methods to study the history of vəqfs from Azerbaijan’s 1828 conquest by Tsarist Russia to the present. I believe that by looking at how rural communities have shaped and have been shaped by state interventions in the realm of religious property we can come to a greater understanding of Islam, socialism and capitalism as material and social processes.

Unlike many studies of the modern Caucasus and Central Asia that examine the invention of national identities by the lettered elite, this project explores local conflicts over defining the proper deployment of land, labor, and capital, which embrace a broader segment of the Azerbaijani population. By incorporating locally generated categories for understanding religion, property, and the state, my research will supplement the top-down approach employed by political scientists and journalists covering the region thereby helping to explain why certain agrarian policies succeed or fail.

Moreover, this project will nuance the popular conception of the Soviet state as a brutal antagonist to all religious traditions, Islam in particular. I ask instead how Azerbaijani villagers actually conceived of Islam and socialism during the 1920s. Was socialism thought to be a foreign imposition anathema to an ethical Muslim community or was it conceived as the truest expression of Islam’s egalitarian origins? I hope to add nuance to scholarship that largely identifies Soviet socialism with the Christian atheism of Russian Bolsheviks by examining how Muslim communities in Azerbaijan sustained a religious identity in part by maintaining the institution of vəqf properties. Thus I am interested in looking at the forms that religiosity assumed during socialism rather than noting its official absence due to repression by the atheist state.

Julian Gantt is a doctoral student in anthropology at the City University of New York, Graduate Center. A native of Harrisburg, PA, he received a bachelor’s degree with honors in history from Vassar College. In 2007-2008 he was a Fulbright grantee in Azerbaijan where his research focused on the built environment of turn-of-the-century Baku. He subsequently worked for two years as a union organizer in Denver and New York City. His current research focuses on the transformation of property regimes in the South Caucasus. 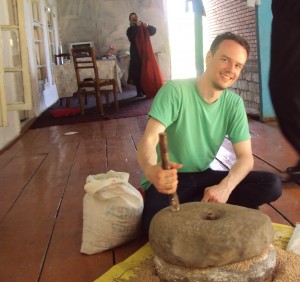