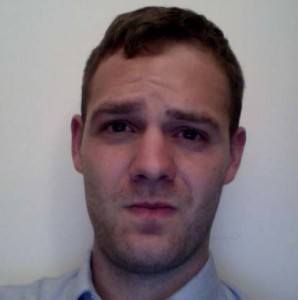 Owning Up: State Interventions in the Economies of Post-Soviet Autocracies

What explains variation in the choice by an autocrat to privatize or nationalize industry? How do these economic policy choices then affect the durability of the regime? Over the last 10 years, the number and size state-owned enterprises (SOE’s) has grown tremendously around the world. In fact, some 75% of natural resource wealth is owned by national governments. Examples of behemoth enterprises operating in diverse sectors around the world include Temasek Holdings (Singapore), ICBC (China), Gazprom (Russia), and Samruk Kazyna (Kazakhstan). While some work has been done on explaining the scale and dynamics of state-owned enterprises in democracies, we have few if any theories illuminating why an autocrat would prefer state ownership, how he would achieve that aim, and under what circumstances he might loosen his grip. Amidst growing academic and policy debates over the salience of a model of “state capitalism”, the importance of understanding the interconnections between economics and politics in the non-democratic world has never been greater.

My research project tackles this question by looking specifically at the political and economic determinants of changes in state ownership in autocracies over time. I argue that privatization and nationalization are key components of an autocrat’s strategy of strategic redistribution. Autocrats manipulate control over the economy for political ends, including co-opting elites, building constituencies, and maximizing revenue. Decisions align closely with the electoral calendar as the imperatives of winning polls can dictate how resources are allocated to regime supporters and/or opponents. Regime leaders are also cognizant of subnational threats to their hold on power and use privatization and nationalization to secure electoral returns at lower levels.  My analysis is then extended to the country-level, as I put forth a novel theory about the risks of the state removing itself from the economy. I claim that privatization does not result in regime collapse only if states can credibly threaten re-nationalization. States that privatize and then fall commit miscalculations about expected revenue that would have otherwise made their expropriation signal credible.

Empirically, I employ a mixed-methods approach to support my central argument. Focusing first on Russia, I use an original firm-level dataset of thousands of individual privatization events from 2000-2012. The quantitative analysis matches these changes in ownership with larger political trends, such as electoral returns and indicators of social stability, to show how strategic redistribution unfolds in Russia. I then supplement this line of argumentation with two in-depth case studies drawn largely from in-country interviews in Russia and Kazakhstan, which exhibit important variation in the timing and determinants of privatization and nationalization processes. The final component will extend the quantitative analysis to the cross-national level.

David Szakonyi is a third-year doctoral student in the political science department at Columbia University as well as a research fellow at the International Center for the Study of Institutions and Development at the Higher School of Economics in Moscow, Russia. His research interests include comparative authoritarianism, political economy, clientelism, and conflict resolution in post-communist Eurasia. He is a co-author of Under Siege: Inter-ethnic Relations in De Facto Abkhazia (New York: Columbia University Press, 2009; with Tom Trier and Hedvig Lohm), and has published articles in the Journal of International Affairs, Journal on Ethnopolitics and Minority Issues in Europe, and Vestnik: The Journal of Russian and Asian Studies. He is currently working on several projects, including one on the determinants of democratization in unrecognized states as well as another on strategic redistribution under autocracy. 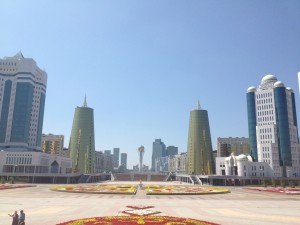