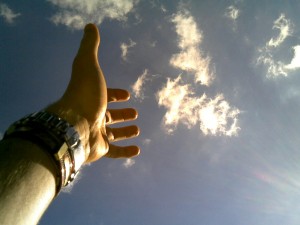 “Prayer” is not a good word among many adult survivors of clerical sexual abuse. I learned this at the first meeting of survivors I attended in the Chicago area last winter. These survivors have largely broken with the church. They associate “prayer” with the authority of the church and with the church’s determination, as they see it, to deny their experience. “Prayer,” when it is attached to the idea of “healing,” is especially toxic because it appears to insist on closure. “Pray to be healed” sounds like a command. “What’s a better word than prayer?” I asked.  The word this group agreed on was “spirituality.” Here’s where I had to confront and rethink some old assumptions about praying and about religion. I had been certain for a long time that “spirituality” is an empty category, signifying nothing. But if spirituality is nothing, then it makes no sense to think of prayer as a “spiritual” practice, which is precisely how these survivors were thinking of it. And if prayer is relational, as I believe it is—taking place within webs of relationships that extend between heaven and earth, living and dead—then what does it mean to pray to the pallid abstractions, who have no personality or substance, that float through the realms of the “spiritual?”

Clearly “spirituality” not only signifies something, but something important and necessary to survivors. “Spirituality” is a vast, complex, and necessary field of imagination, experience, and intellectual questioning that everywhere touches up against, but is distinct from, religious traditions. I had not considered that in a country in which organized religion has done so much harm to so many people, “spirituality” offers a place, both material and conceptual, from which survivors may contend with the consequences of their abuse at the hands of religious figures; develop new understandings of their childhood religious imaginaries; and reimagine themselves as persons. Most often this work takes place in relation to an entity called “the Higher Power.” The reality of the Higher Power in survivors’ experience puts a sharp edge to all my questions about “spirituality” and about “prayer.” Is the Higher Power completely a creation of survivors’ rejection of Catholicism? (The Higher Power “is not the Catholic God,” a survivor put it bluntly.) Is the Higher Power an entity in itself or a transitional figure as survivors make their way from their childhood to their adult sacred figures, when a god in the shape of a human is too much to bear because, as another survivor said,  “humans hurt me”? Is the Higher Power forever an unstable entity, coming in and out of identification with the more familiar God of the church (“good old God,” a third survivor called this latter figure)? What is “prayer” in relation to a figure—if the Higher Power is a figure—who is necessary but also transient, abstract but also real and present, free of the Catholic God but also made of his stuff?