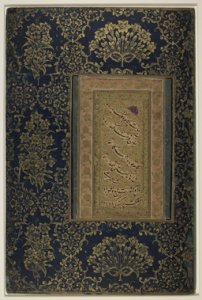 Courtney Bender has made this argument concerning the assumptions behind dominant concepts of prayer, and we would do well to revisit her argument. A Foucauldian approach begins with the objectifications—that is, the practices that project or throw up an object called prayer in any given historical situation. Instead of analysis that begins with prayer as the end or the finality of a practice, we should begin, as Paul Veyne argues, “in the middle,” with the practice itself.  And practices are simply what people do, doubled by what they think and say about what they do, with the understanding that human “doings” are not installed in the fullness of reason, but rather are “rare,” contingent, and fragile. In this regard, concepts, such as one we might want to have of prayer, don’t so much represent a field of practice as constitute an intervention into it. In this sense, all concepts can be understood, at least minimally, as prescriptive. Any idea we might have of prayer will itself be a discursive practice. Practices give rise to objectifications, which must be understood in purely relational and contingent terms, insofar as they emerge from within a mobile field of relations of power and knowledge.

So I’m not sure it’s helpful to make a distinction between practice understood as “doing” or “action”—such as, say, prayer as ritual action, or as speech acts accompanied eventually by gestures, and directed to transcendent entities, and so forth—and orthropraxy, or prescriptions on how, when, and where to undertake these actions and to what ends. Orthopraxy is also practice and doesn’t belong to a different order of reality than the doing or enacting of prayer. The constellation of prayer practices and reflections about such practices is part of a discursive regime, or “tradition” in Asad’s sense, which is to say, historically constituted, contingent, and contested. So prayer as practice cannot be understood apart from the historical and cultural contexts within which such practices emerge, the relations of power and knowledge within which they “makes sense,” and the prescriptive regimes or programs that they themselves construct through their practice.

Objecting that prayer generally isn’t enacted as prescribed, and seeing othopraxy as a standard or an “ideal type” implies a pretty thin notion of the real—of course there is always a slippage between the programmatic form and what people actually do; nobody built prisons scrupulously reproducing Bentham’s panopticon, and many orthodox Jews might not say the berakhot prayers of thanksgiving 100 times a day. But nonetheless, these programmatic forms or prescriptive regimes have effects in the real. They influence people’s perceptions and judgments, inform institutional practices, act as grids of interpretation, and participate in structuring the field of strategic relations upon which other practices play themselves out. What this Foucauldian method means for the comparative study of prayer is that there is no common ground, there is nothing fundamental to what prayer is, or might be. As Gil Anidjar points out, concepts are always already comparative, not because they can be deployed over vast and varied fields of practice, but because a concept “itself designates a specific distribution of power, an ‘order(ing) of things’, with its own “internal divisions according to which it functions”, and which it enacts and embodies.

I consider this methodological approach extremely fruitful for thinking about a semantic field as contested and confused as that of religion today, and particularly well-adapted to studying what especially interests me, which is to say the ways in which prayer can be seen as a form of political practice. Insofar as we reject any a priori notions of what prayer is, and what it can accomplish, then the historical field is open. Understanding what prayer can signify or accomplish politically also means rejecting any a priori notion of the political, and what “proper” political action consists of. It is only in this way that we can understand how Nigerian Christians’ response to the bombing of churches by the radical Islamist group Boko Haram by engaging in massive collective prayer was in fact an appropriate and powerful political action.

The challenge for thought is how to consider such practices in their irreducibility, beyond “the limits of reason alone” or any means-ends logic, and after having discarded our presuppositions about agency, autonomy, and freedom. Most studies that think about prayer in political terms read it as a cipher for some other, more properly political object or practice. In the West, prayer is read politically as an identifier for different faith groups and their attitudes on a range of social and political issues, degrees, and modes of civic engagement, voting tendencies, or other socio-economic and cultural positions. So, when charismatics organized prayer meetings in support of Governor Perry’s bid for the Republican presidential nomination, these prayers were read as a means of political identification, and/or as a sign of a retrograde right-wing irrationality threatening the foundations of liberal democracy. Nobody thought to take seriously the proposition that these prayers as such had any political efficacy or significance—any effect in the real. But it’s precisely this proposition that I want to take seriously in my explorations of the political productivity of prayer.