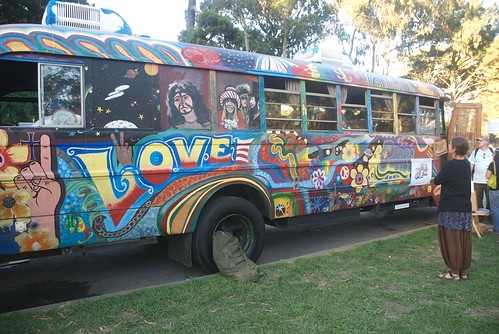 I am always grateful for a serious debate on what’s going on with evangelical Christianity. Let me make clear what I am trying to argue in the Harper’s essay.

It is not controversial to point out that hippie Christianity had a big impact on the style of the evangelical Christianity which emerged in the 1970s and 1980s and helped to make that style of thinking mainstream. It is also not controversial to suggest that hippie Christians were left wing and that most modern evangelicals—including many who were once hippies—are now right wing. The question is whether those hippies who changed their political orientation were simply “blinded by the right” or whether there is what you might call an authentic or compelling reason based on their understanding of their relationship with God to be more politically conservative. I think there is. I think that understanding yourself to be “walking with Jesus” means that you think of yourself as growing with God—and that you are always intending to be better tomorrow than you are today. From that perspective, it is but a small step to think that government “handouts” will stunt someone’s growth and development.

I don’t think that Betsy’s been snookered. And I don’t think her views or her prayer practice or the way she thinks about God represent the whole of evangelical Christianity. But I do think that like many contemporary evangelicals she comes to her views from a genuine response to her theological orientation. That’s what I wanted to say.