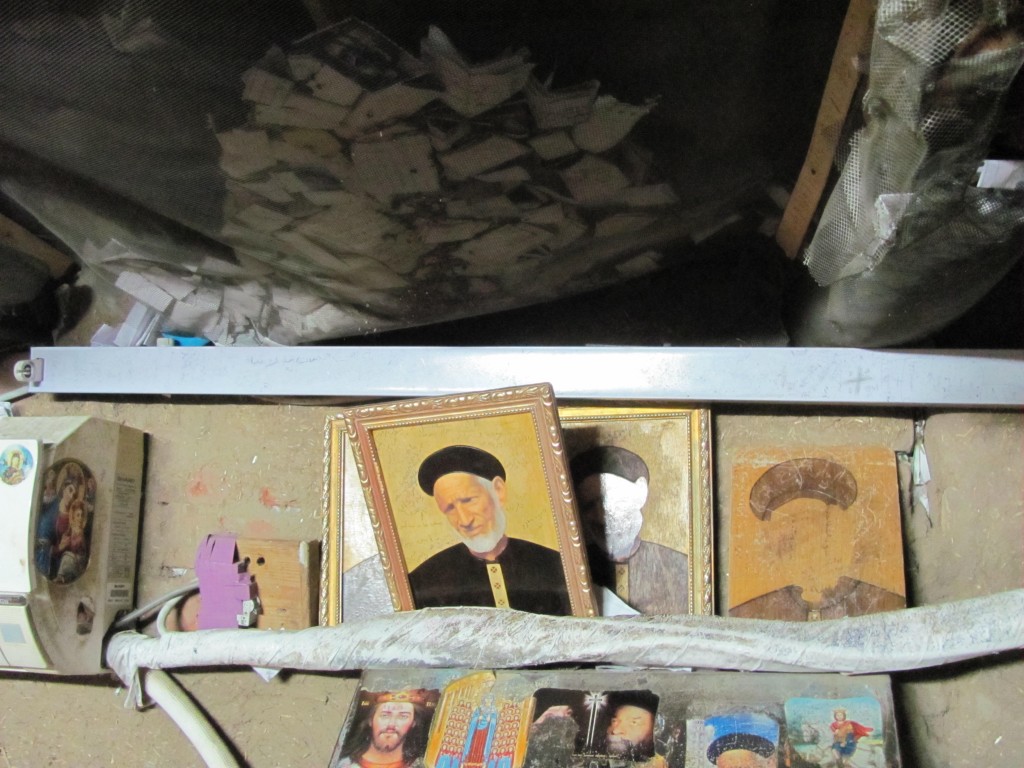 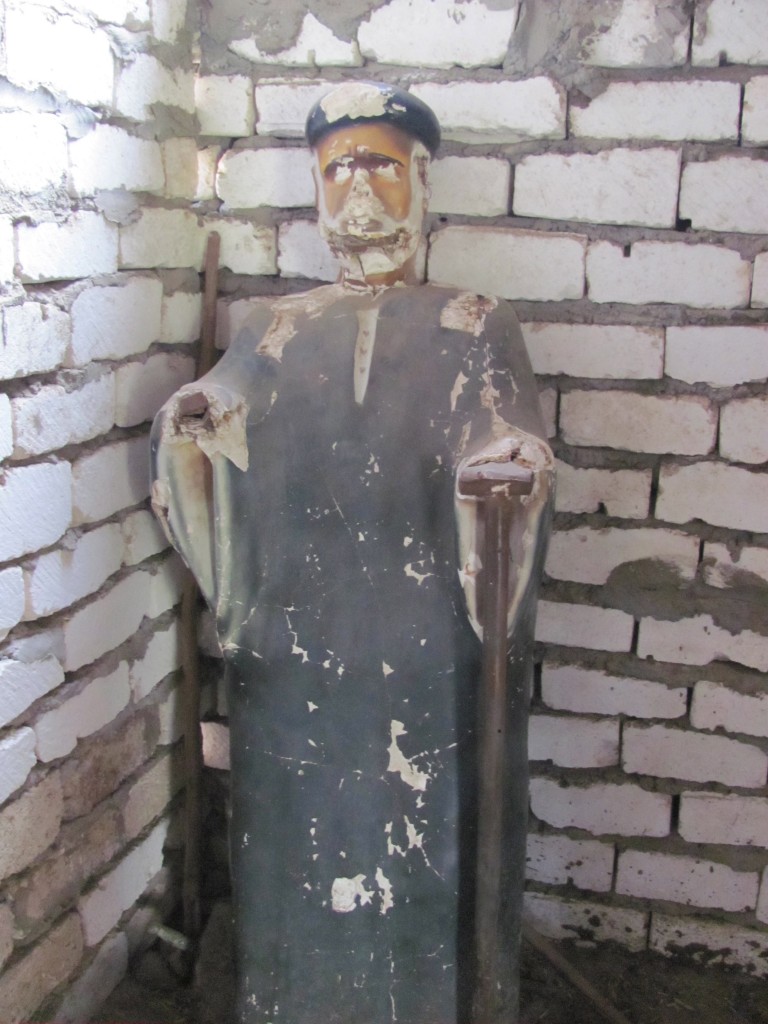 The death of such an ascetic monk sets in motion a process of sanctification in which images can be tools for prayer, but also can be impediments to it. After saints die, they are “freed from the battle against Satan” in the popular imaginary. Their devotees are, in turn, freed to publish the saint’s holy life through texts and recordings, in creative memory of those special dead who embodied the image of God. Long before an official canonization process can begin, popular recognition helps saints live on after death, and stimulates creative approaches to prayer.

In the shrine of Abdel-Masih al-Manahri, the small cave where he had once lived, the walls are plastered by his portraits. With his plaintive eyes and crooked smile, the departed saint looks out from all directions, until the faces in his depictions fade from dust and time. Copts come to seek his prayers, leaving behind traces of themselves which hang from the ceilings in large nets: photos of the ill, lettered requests, small gifts of devotion. Once the saint is safe in heaven, it becomes possible to praise him in image and speech.

Behind the shrine, across lush fields of wheat and ink-colored cattle, there is an alcove that reminds visitors that limits to holy likeness continue on, even after death. De-faced and de-limbed, a shattered statue of Abdel-Masih al-Manahri displays the remnants of iconoclasm. One villager explained to me with simplicity, “We don’t worship statues (asnam), this is against teachings of the Church.” Iconoclasm can be a reaction to forms becoming a bit too “life-like.” If prayer works for the good of those who remain on earth, then acts of image destruction expose points where sin is prone to occur, when idolatry poses a danger to salvation. The saint is not here any longer, so don’t forget that he died. Iconoclasm represents the memory that he lives on in heaven, on the very practical condition that he has left the world. As a saint dead to the world, Abdel-Masih is released from the spiritual dangers of vanity, unlike the many followers who pray in his wake.