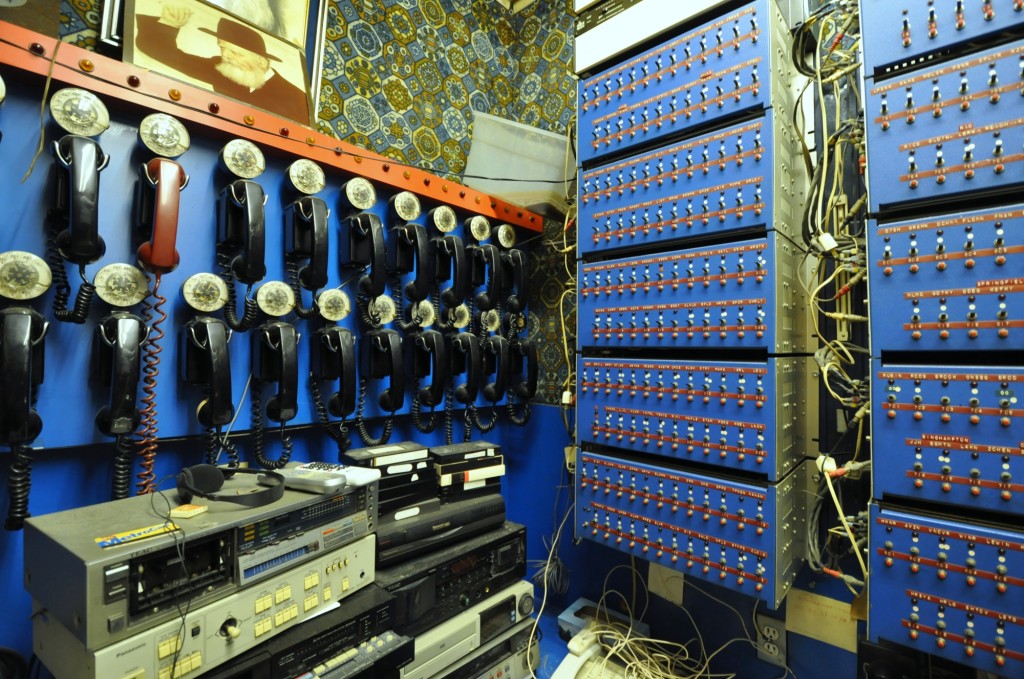 In the wake of the Boston Marathon bombings, a collective force sprang into action. This group gathered to express their grief, to share their memories, and to discuss how to best respond to the tragedy. They sorted out who was missing and who had been found among the victims. They organized vigils, raised funds, and coordinated hospital visits to the injured.

Up until about 15 years ago, such a group would have gathered in a church or other religious space to perform all of those functions. The primary gathering node for communal coordination for the past three millennia has been religious spaces. But this particular group did not gather in a church. They gathered online—in many online locations but most prominently under a Twitter hashtag: #prayforboston.

Does our ability to come together online now make obsolete the space religion has traditionally provided for communal gathering?

Said differently, if I can #prayforboston, why would I need to pray for Boston?

Much of the research surrounding the intersection of religion and the internet investigates either religion online or online religion. Religion online is the transcription of religious texts and concepts to the medium of the internet. Sacred texts are now online, religious institutions now have websites, and religious leaders now upload recordings of sermons. Online religion is actual organized religion born out of and housed entirely on the web. These new religions (e.g., “Cyberpagans”) are important to study as a means of identifying common religious structures and the development of online communities.

However, online religion is essentially a translation of “real world” religion into the world of the internet. Studies of transcription and translation are ultimately rudimentary echoes of religion as it was understood before the internet. They do not address the notion that internet-enabled humans might see the act of “doing religion” differently from their offline ancestors.

The earthquake of the internet has disrupted the pattern of human and societal behavior substantively enough to warrant a deeper analysis. Given the deeply social nature of the web, and the deeply social nature embedded in organized religion (especially along a Western congregational model), it is worthwhile to analyze axes of alignment between these two social worlds.

“On their own, individual consciousnesses are effectively closed to one another; they can communicate only by signs that translate their inner states” notes Durkheim. “For the exchange between them to end in communion—that is, in a fusion of all individual feelings into a common feeling—the signs expressing those feelings must merge into a single outcome.” Durkheim uses the term emblem to denote an image or idea which is the summative representation of those individual inner states. On the internet, emblems are best seen as gathering nodes.

A prime example is the use of the hashtag on Twitter to establish a gathering point around a certain idea in the midst of the swarming hive mind. Hashtags are used for ideas common to many different tweets: #winning, #youonlyhadonejob, #prayforboston. These hashtags are landmarks which link ideas to each other. They are the flagpoles indicating the location of the “associating, mingling, combining of ideas and feelings” that are embedded in Durkheim’s emblems. When a user expresses her grief about the Boston attacks using the #prayforboston hashtag, she has found a single outcome into which she can merge her inner feeling.

Thus the hashtag now serves a similar function as a temple or church: it is a space in which to gather, learn, and be a part of something greater than oneself. The internet is not the first technology which permitted remote social gatherings—the telephone and CB radio existed and served that purpose for decades before the internet. But the internet makes it feasible for gatherings to happen on a dramatically larger scale, and for them to happen in a non-simultaneous manner, allowing users in Canada and in China to participate equally despite different time zones. The web allows users to create their own gathering nodes, their own churches, and to meet in those spaces with other users from across the globe. The hashtag (as one example of such a node) is therefore similar to but also an exponential expansion of the community church.

But can we really assert that tweeting with a hashtag is similar—both socially and biologically— to attending church? If the internet is a societal creation, very clearly fashioned by human fingers, how could it be sacred? Is it possible to have a religious experience with a human (albeit supra-individual) creation?

The internet—on the surface—is the ultimate manifestation of Weber’s “disenchanted” world: it is the tool through which “one could learn [anything] at any time.” Weber asserted in 1918 that since “one can master all things by calculation,” there are now no “mysterious incalculable forces that come into play.” The need for religion as an explanation for nature’s lurking shadows has been supplanted by the idea that we have the capacity to illuminate and analyze every dark corner we find. It logically follows that such a tool would be the ultimate undoing of religious enchantment. What would it really mean to actually know that all extant knowledge is available at your fingertips? 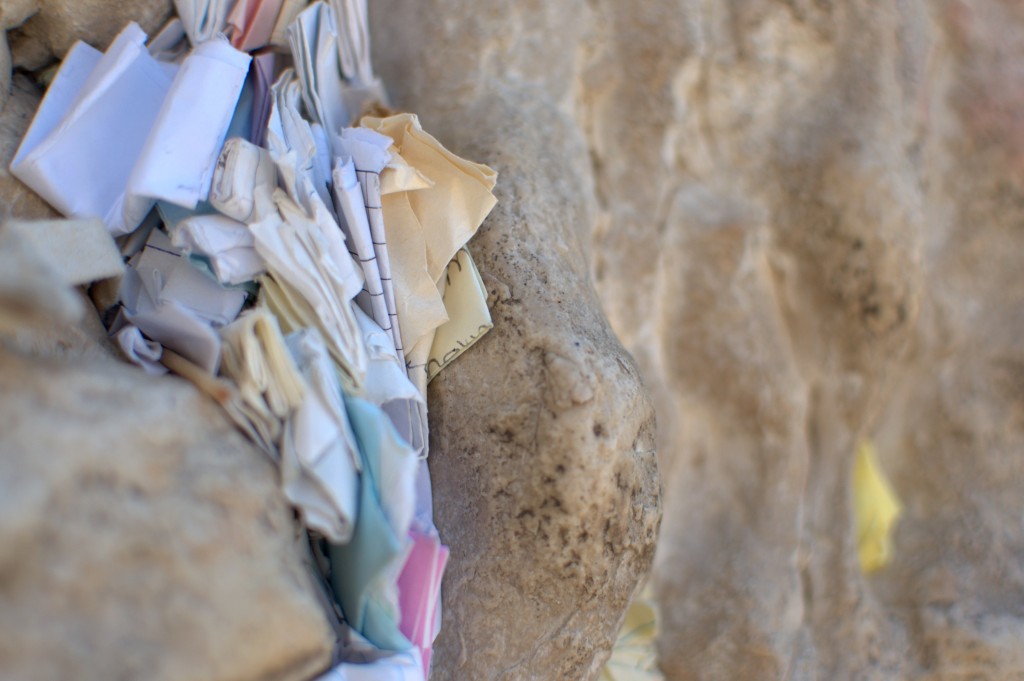 Jorge Luis Borges explores this idea in his short story “The Library of Babel.” Borges writes of a vast library which contains an infinite number of books with every possible combination of letters. In this library is every book which has been written and every book which will be written. In this infinitely immense room, books stop existing as distinct objects. Their infinitude blurs them together. The internet is this library: its infinite scale blurs together the discrete objects within it. It contains only human creations but has developed to a supra-human scale. It is made by us but is bigger than us. It is made of distinct objects and sites and posts and tweets but it exists at such a scale that to approach the internet as a collection of objects is frightening and in fact impossible.

Instead, we choose to let it wash over us. We recognize its infinitude, yet we choose to submit ourselves to it as a greater force than any person can conquer. If a tree falls in the internet, does it matter who hears it? No. The forest is bigger than the trees within it and the internet is bigger than the tweets within it. Our observation of events is not a precondition for that event to occur, nor is it necessary for us to witness the event to validate it. Instead, on the internet we know that trees are constantly falling and we therefore know that there are sounds we aren’t hearing. This does not negate our confidence that sounds were actually made. We tune in when we do and hear those particular trees; we dip our toes in the stream of tweets and respond to only those tweets that we’ have seen, even though we missed most of the tweets which have been produced since we last checked.

The forest of the internet is created by us, but also bigger than and beyond us. We have thus created a modern God in the unknowableness of the internet. We know it is unknowable. The print revolution allowed for sectarianism—everyone could create their own version of information and ergo their own brand. The same capacity exists on the internet, but at such a scale that it all blends together back into a whole. One can never know the full extent of the fragmentation, and that renders it whole again.

To use Ludwig Feuerbach’s language, God is an “object” which man made and then put as a “subject” over himself. So too with the internet: the net itself is an uber-emblem, a God-like entity which we made and then put above ourselves. We created the internet and then allowed it to rule over us letting its code dictate our interactions with it and each other.

The internet is becoming a focal point to which we ascribe the sense of elation we feel when we are together. As internet use increases, the net as emblem is taking on a greater role in actually forming our own sense of communal self. As Durkheim writes, “The emblem is not only a convenient method of clarifying society’s awareness of itself, it actually creates this feeling: it is a basic element of this feeling.” The internet (the emblem) is a societal creation which in turn creates us. It is a basic element of the feeling of societal awareness. It is a man-made object which has become a subject over us.

But let’s take a step back: anecdotally and personally, hashtags do not actually feel like churches. The internet does not actually feel ineffable the way God does. Can we really proclaim that religion is being supplanted?

No. Not yet, at least. Perhaps in the next few decades or centuries or millennia it will, as the internet transforms from being a distinct “online” space and instead filters through our physical world. After all, the effects of the print revolution were not widely felt until the cheaper octavo edition came out sixty years after Gutenberg invented his press.

Social media and the internet itself are still going through a rather turbulent puberty. But we can begin to detect how these changes will play out. Given the remarkably close alignment of religious and online behavior patterns, and the way online activity increasingly pervades our daily lives, we can begin to ask how religion will be shaped by our online experience. We can begin to see the two acts of being online and being religious as more and more the same movement, fulfilling the same basic instincts and desires to belong and to transcend.

What Weber said in 1918 still feels true a century later: “The fate of our times is characterized by rationalization and intellectualization and, above all, by the ‘disenchantment of the world.’” But Weber goes on:

Precisely the ultimate and most sublime values have retreated from public life…into the brotherliness of direct and personal human relations. It is not accidental that…today only within the smallest and intimate circles, in personal human situations, in pianissimo, that something is pulsating that corresponds to the prophetic pneuma, which in former times swept through the great communities like a firebrand, welding them together.

When Weber made his speech, “direct and personal human relations” were still relegated to the physical world and were disparate interactions not unified in a system. The internet has changed that. An increasing percentage of the world’s direct and personal human relations now occur online. Our sense of enchantment has splintered rather than shattered, diffused rather than disappeared, expanded rather than evaporated. Instead of being enchanted with the unknowable, we are reenchanted with each other. With the world at our fingertips, the infinite has become intimate. With all of our tiny pulsating pianissimo interactions collected into an online web, the intimate has become infinite. Our understanding of religion—the ultimate bridge between the heavenly and the earthly, the stars and the dust, the sacred and the profane—will be forever altered.

My mom used to tell me that God is up in the clouds. Perhaps she was off by a letter. Perhaps God is in the Cloud.