Written and composed by Bill Gaither, “He Touched Me” is a standard in the repertoire of contemporary evangelicalism. In it, Gaither distilled a theology of overwhelming presence that definitely answers the question of salvific agency.

And Oh the joy that floods my soul

Something happened and now I know

He touched me and made me whole

He touches you. Your docility generates both knowledge and ontic wholeness. Case (and self) closed.

In this version by Lee Denson, “He Touched Me” runs the “miracle of the rosary” through the affective assemblage of American Protestantism and its erotic economy circa 1976. For this is Denson’s conversion narrative put to music—a redeemed personality accounting for his own redemption in the eyes of God and an anonymous public, Denson and his wife, Mary, former nightclub entertainers, began to hear bells and voices, and Denson reports feeling “a powerful inner force surge through his entire body.” “Puzzled and now somewhat afraid, they decided to pray the Rosary together, although Lee was not a Catholic.” The next day, they attended mass and heard a secret sermon about the rosary that they soon discovered no one else had heard during mass. “This was too much!” Three and a half years later Denson “was converted to the Catholic faith.” As Father Leo A. Reilly writes in the liner notes, “In the process of fulfilling this mission Lee was led to record this very special album. Placing his confidence in the Holy Trinity and the Blessed Mother, Lee prayerfully offers this gift to the world with the hope that it will help spread Our Lady of Fatima’s message, the message which is, after all, THE Miracle of the Rosary.” 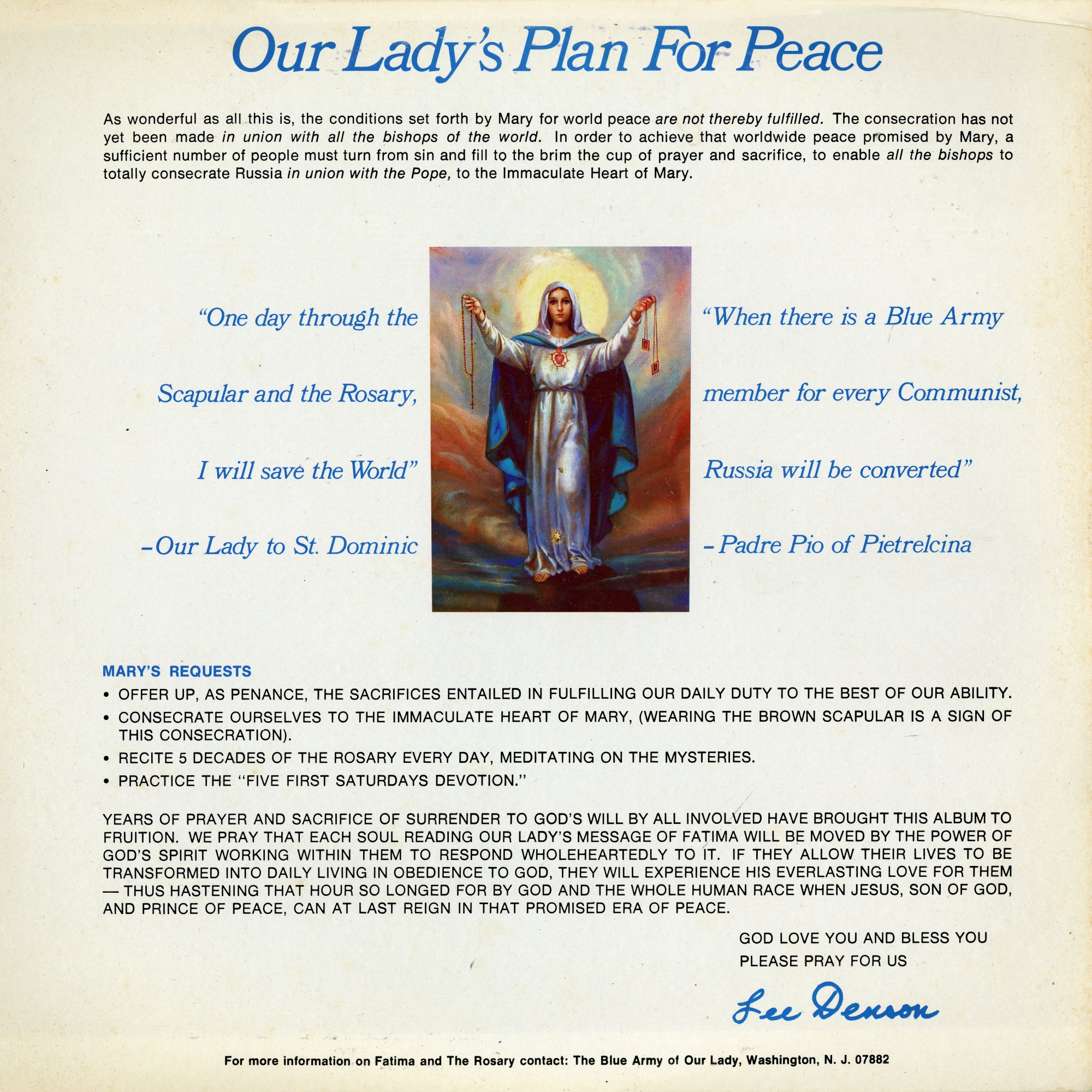