Malcolm Boyd is, perhaps, best known for being an early supporter of gay rights within the Episcopal Church (publicizing his homosexuality in 1977).  Boyd had become an Episcopal priest some twenty-five years earlier, having had a successful career in advertising and television. In his 1958 Christ and Celebrity Gods, Boyd argued for the necessity of seeing the world as it is from a “Christian point of view”—building a bridge between theology and life. He arrived at this point having concluded that preachers and parishioners alike were enmeshed in “communication webs.” Boyd, known as the “espresso priest” for his poetry readings at the hungry i nightclub in San Francisco, was a freedom rider and civil rights activist, angered by white hypocrisy and those who pray for “one hour a week inside expensive Gothic or Colonial buildings” and then manipulate a “white power structure to keep Negroes in housing ghettos and interminable second-class citizenship.”

Boyd’s “It’s a Jazz Spot, Jesus” is from the acoustic accompaniment to his 1965 Are You Running with Me, Jesus? (a “book of prayers for all of us today who are finding it harder and harder to pray”). With guitar accompaniment by Charlie Byrd, Boyd aspires to Kerouacian grace—offering “prayers for the free self, for racial brotherhood, for the city, as well as meditations on films and prayers that deal with the sexual confusion of our age.” As Charlie Byrd recalled, “The idea of attempting a kind of semi-planned mood-response to what the words say is the really challenging part for me. I’m not working from any score, melody or pattern of any kind. It’s all improvisation.”

At one level, Boyd’s prayer is an ode to jazz improvisation, the religiosity of the beat vision. How to maintain integrity amidst the scenesters? How to distill a theological message from truths that seem grittier, more secular? At another level, his prayer is a self-directed critique. As Boyd admits, “my prayer life, as the state of my spirituality, is neither very respectable nor quite correct. Needless to say, I am a self-centered man, sinfully immersed in my own welfare and concerns, attempting to manipulate God, and often lost in my own self-love and self-pity.” 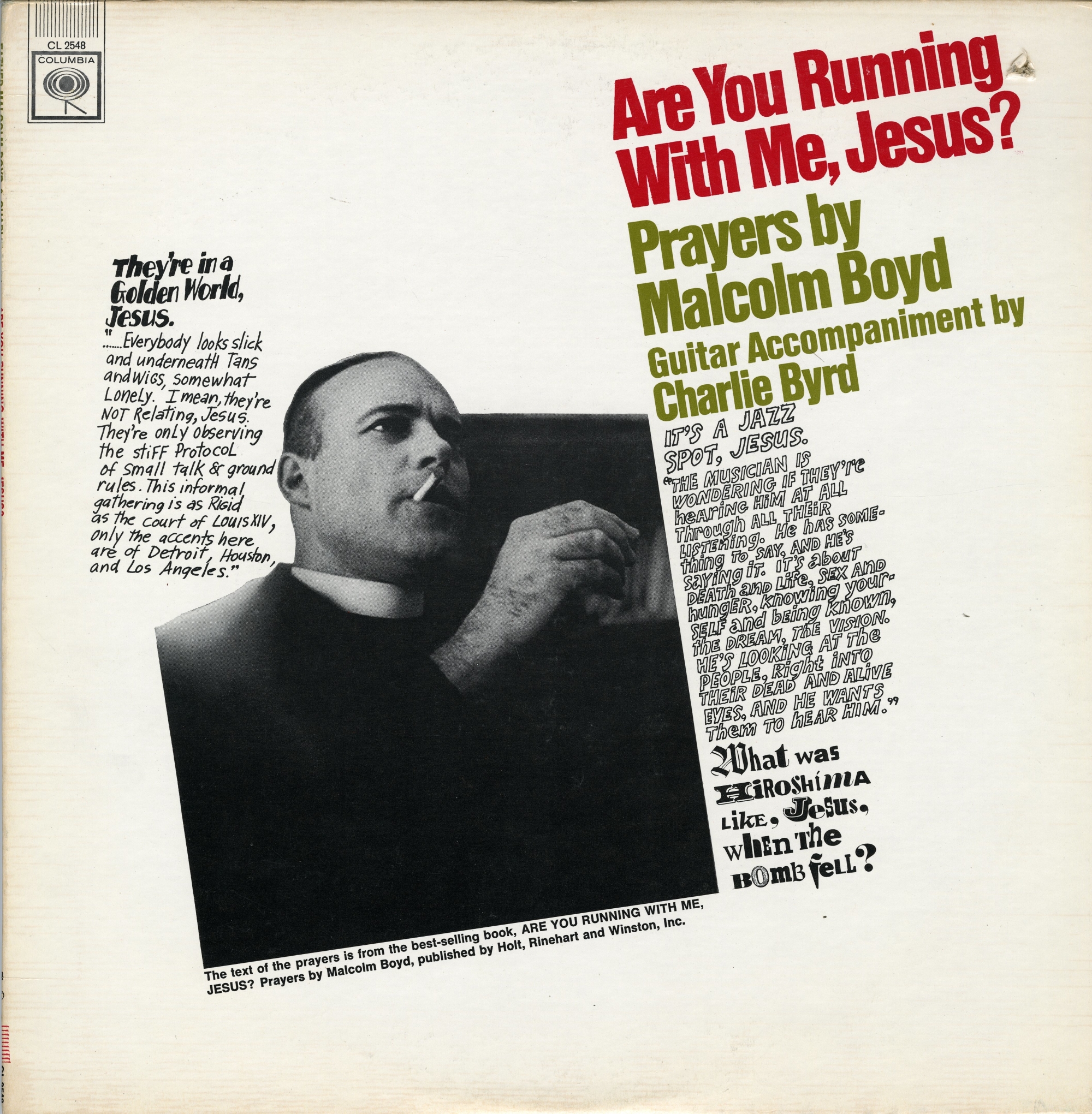