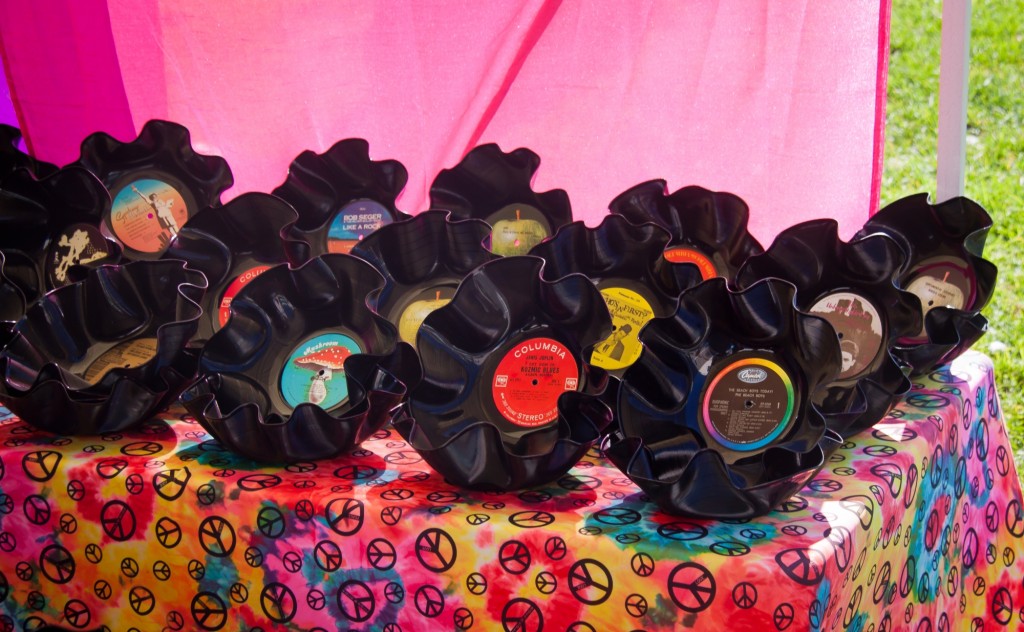 But what if we suspend the impulse to make this tiny detail, either begging to be overlooked or ripe for Reading, conform to some aspect of the Guthrie narrative—or broader narrative—that we believe we already know? In that case, what we have is less like a sign and more like an embodiment of the ineluctable materiality of listening. The letter embodies something (not a lot, and nothing conclusive of course, but something) about what the act of listening felt like for Guthrie as he worked and relaxed in the one-bedroom apartment he shared with his wife and three-year-old daughter on Mermaid Avenue in Coney Island. Woody and Marjorie had ceded the bedroom to young Cathy Ann, so the living room was a combined living room, study, studio, and bedroom. From this little line about wanting a new kind of record player, we can imagine that listening felt like being planted on a chair or a couch, or maybe an unmade convertible sofabed, that he didn’t want to leave. The distance to the device could not have been great, but the home was crowded with records, books, toys, and other stuff that needed to be stepped over, moved, kicked aside. The sound emerged not just from the vinyl, stylus, tone arm, and speaker, but from these everyday objects and surfaces, and the spaces between them. In a certain sense what Guthrie “heard” was these objects and spaces, what they smelled like, and, of course, felt and looked like. 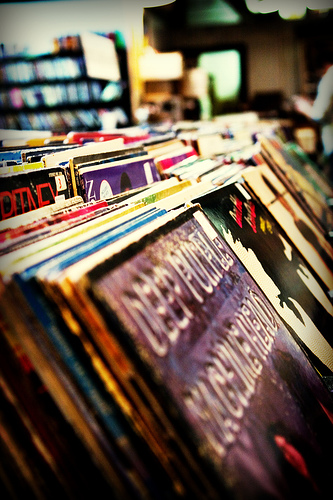 I was pleased to be invited to respond to John Modern’s “Vinyl Prayers” prayer portal, but I was also surprised, because I’m fairly sure he knows that I neither pray nor listen to vinyl. Indeed, when I read the introductory post, I didn’t recognize the fascinating, luminous practice that John was describing as prayer, one in which objects are unnecessary or, at best, optional. An outsider to both organized and disorganized religion, I had always considered prayer a form of petition, with an object or at least an addressee. And I sold my (not huge) collection of LPs to a small group of hipster undergraduates a few years ago. I was about to move, again, and I was tired of moving them. Because one thing about their materiality is that they’re heavy as hell. Also, when you do listen to them, you have to get up in the middle to turn over the side.

In John’s portal, where prayer is diffuse and almost ambient, listening to vinyl, as he describes it, is a much more focused affair. The scratches, the pops, the dust are all in the sound, where there is a there. John’s post prompts in me an interest in a somewhat different kind of thereness, in which a full range of sensory perception, in various states of attention and distraction, constitutes the process of listening—and in particular, indoor, solitary listening to recorded music. Hearing is about so much more than the ears, so much in excess of a phenomenon called ‘sound’ that we can confidently isolate from other forms of sensory stimulation. The media of sound reproduction have a shape and a weight that contributes to this, to be sure. But so does the stuff around them, and so does the way your body feels while you listen or even set up the conditions of listening (for instance, in my forties and not up to moving boxes of records to which I rarely listen.)

I get the “spiritual essence that is wholly tangible” in vinyl, I really do. I generally experience sound as touch and texture. I’m seduced and convinced by John’s lush description of how vinyl somehow provides a resonant reminder of the glorious things (and people) that got this sound from some point(s) of production to some point(s) of reception. And yet… I want to remind myself and others, with perhaps a bit of pushback at vinyl purists, that it’s not either/or. That there’s always a there there. That rich tangibility doesn’t lie only in format, in the shape and substance of the playback medium. It lies where we lay. It’s about how we sit, stand, dance, recline, and what’s around us while we do those things, amid recorded sound. And how the stuff that makes up those surroundings smells and feels. The surprisingly solid Ikea chair that lasted eight years longer than you thought it would, the old carpet with the years of effluence and spillage sunken into it, your new shirt or shampoo, all are, in this frame, sound reproduction devices. Or the clanky radiator chugging out hot air: there’s a beautifully melancholic British chamber pop band called the Clientele, whom I love, but to whom, because of a particular life chapter, I feel can only be heard in fullest “fidelity” in small, bone dry, overheated rooms, the kind stifling enough to require a cracked window in coldest weeks of the year (Winter of 2006, I’m looking at you).

For me, that’s an example with particular significance, but what I want to emphasize is that this materiality is always there, always merely present before anything else, whether one is listening amid crisis, or celebration, or everyday ho-hum. It’s there whether one pays full attention or is chintzy and distracted. And its mere presence in some sense rescues me from my loss, admittedly self-inflicted, of what vinyl so generously provides for John and many others. Like a prayer?

Thank you to Alexandra Vazquez for prompting and talking through some related ideas a few weeks ago.