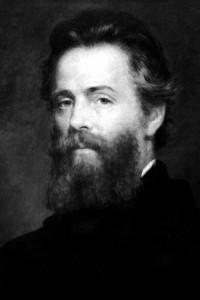 “For the rest, blame not Stubb too hardly. The thing is common in that fishery; and in the sequel of the narrative, it will then be seen what like abandonment befell myself.”

I come, I suppose, from praying people, even if that prayerfulness, by the time it came to me, had assumed a form more sanitized, more tidied up by middle-class propriety, than fizzy with Old World mysticism. We revered no blood-weeping statuary; we buried no rosary-wrapped crucifixes upside down in the garden, at least as far as I know. Still, I confess that when I was young I found it discomfiting, the way my aunts were forever telling me they’d pray for me, my work, my friends, my losses, my loves. It was as if their prayers were the mark of some dimly shameful Catholic atavism, tenacious and unoutgrown, surviving in the family line like a strand of misfiring DNA, and threatening my louche assimilation perhaps a little too intimately.

These were not the proudest moments of my long-fused adolescence, to be sure. And then, as it proved, my dumb condescension (a condescension, let it be said, to what were in fact gestures of care) got dislodged neither by study nor sober reflection. It was corrected in the way so many things are: by a nearer encounter with the impressive, undoing force of grief—with heartbreak, with death, with an up-close experience of the devastations of genuine sorrow.

Much of this returned to me as I read John Modern’s beautiful provocation, “Vinyl Prayers.” I am especially struck by his desire to make the listener’s experience of sound on vinyl into a template for an ampler consideration of prayer itself. Rather than thinking of prayer in the implicitly belittling frameworks of an assumed secularity—as, say, a transactional speech act or a gesture of doctrinal obedience—John frames prayer instead as a special variety of encounter—an encounter, he says, “with processes of rather hazy origin,” and so edged with a kind of frightful daring. We listen to vinyl, with its creaking and crackling and uneffaceable materiality, and it gives us an experience of “presence as it lives—imperfectly, which is to say not wholly present to itself or you—in the world.” In that, listening is not like prayer but, for John, a version of it, one structure of its enactment. Thinking of the complex instability of the exchange between the materiality and immateriality of sound in this mode of mid-tech mediation, of its intensities and aporias, John encourages us to move toward a consideration of prayer as the living out of an encounter with what he calls, resonantly, “an otherness that refuses reduction.”

I love this. In these terms, prayer comes into meaning as an encounter with an ungrounding otherness that refuses our acts of knowing, though not, perhaps, our adjacency, or the many disciplines of approach to it we might seek to cultivate. (Listening, as he notes, is a trained practice.) I love this not least because it allows us room to recall that, if prayer is often a kind of plea, it is so in relation to conditions—in the self, no less than in the world—whose otherness to ourselves might first be experienced as, precisely, grief: fear, vulnerability, sorrow for all we cannot alter, protect, or preserve. As Melville rarely tired of reminding us, there is nothing like anguish to bring into glittering relief our terminal estrangement from the universe, its inapprehensibility within the meager frameworks of the human. This is the very soul of Melville’s Calvinism: God has tasked us with a mission in this world—purity of heart, a rigorous unworldliness—and has equipped us, in our wretched humanness, with none of the means to fulfill it. This is impossible; this is what we are enjoined to do.  I think anyone who has stood in the outer weather of some devouring sorrow can remember the encounter with that yawning gap, and can remember, too, how swiftly it was followed by the impulse toward entreaty. I just mean that bodywide hunger for some recalibration, some merciful elasticity, in the conditions that, inapprehensible though they may be, undergird the world as we are given to live in it. Please, we say, let the world be bearable—which is to say, let the terms of this givenness, this impossibility, crack open. Make me an unimaginable self, one capable of otherwise inconceivable acts of endurance, or composure, or care.

To think of prayer like this, as anchored in the sorrow and exposure that comes of the world’s hard otherness to ourselves, is, I know, an oblique way of taking up John’s interest in vinyl prayers as one exemplification of the yearning “to somehow, and miraculously, satisfy the desire to be someone or someplace else, at least for a moment.” It is, perhaps, to domesticate a bit John’s interest in thinking of prayer away from that paradigmatically modern insistence on the human as the first and final measure of all imaginable things. (“The praying hands of humans, in other words, pray to no man, which is strange indeed in a world in which modeling the human is the key for knowing the human and much else besides.”) But I risk this back-channel return to the grief-wounded human (“This weather beaten vessel wracked with pain,” as Anne Bradstreet had it) because here, too, prayer meets up with sound, with music, and with the rituals of attachment and consolation we build there. John is surely right: a play of transgression and transcendence, a tense dwelling-with irreducible otherness, is part of what can come from “the act of trained listening,” and listening to vinyl. But that’s not all there is to experience as we listen to songs, in our encounters with a “spiritual essence that is wholly tangible,” one of whose forms is reproduced sound. I think we can also find there testaments to an otherness that, without being displaced or overcoded, might yet make room for us. As anyone who has ever given or received a mix-tape knows, what we can hear in songs, particularly if they find their way to us through the startling mercies of “shuffle”—an algorithm as close to the inapprehensible hand of God as anything I encounter daily—is the mediated, remixed presence of some other person. Often, this is a person who, with a faith that we may find wanting or depleted in ourselves, believes in the possibility of other conditions. And just because they are other to ourselves—other but adjacent, not us but holding to parts of us inapprehensible, in those extremities of grief, even to ourselves—that belief can, in blacker moments, arrive to us like a kind of grace. 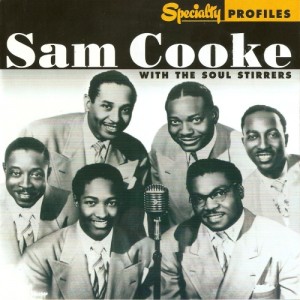 My aunts, I imagine, knew this. And though their offered prayers never cohered me in the way that, say, the inclusion of this song by Sam Cooke and the Soul Stirrers on a mix surely did, I feel shitty about that now. I feel bad, I mean, about how little capacity I had then, to understand this care, or to imagine them to be making the same set of claims my friend was making as, with ritualized devotion, he burned this song from cd to mp3 file and back to disc, then trusted it to the post: The world is other to ourselves, as we are other to each other. But what we are left with—these adjacencies—are not cheap consolations. This is not abandonment, or not quite. Listen.