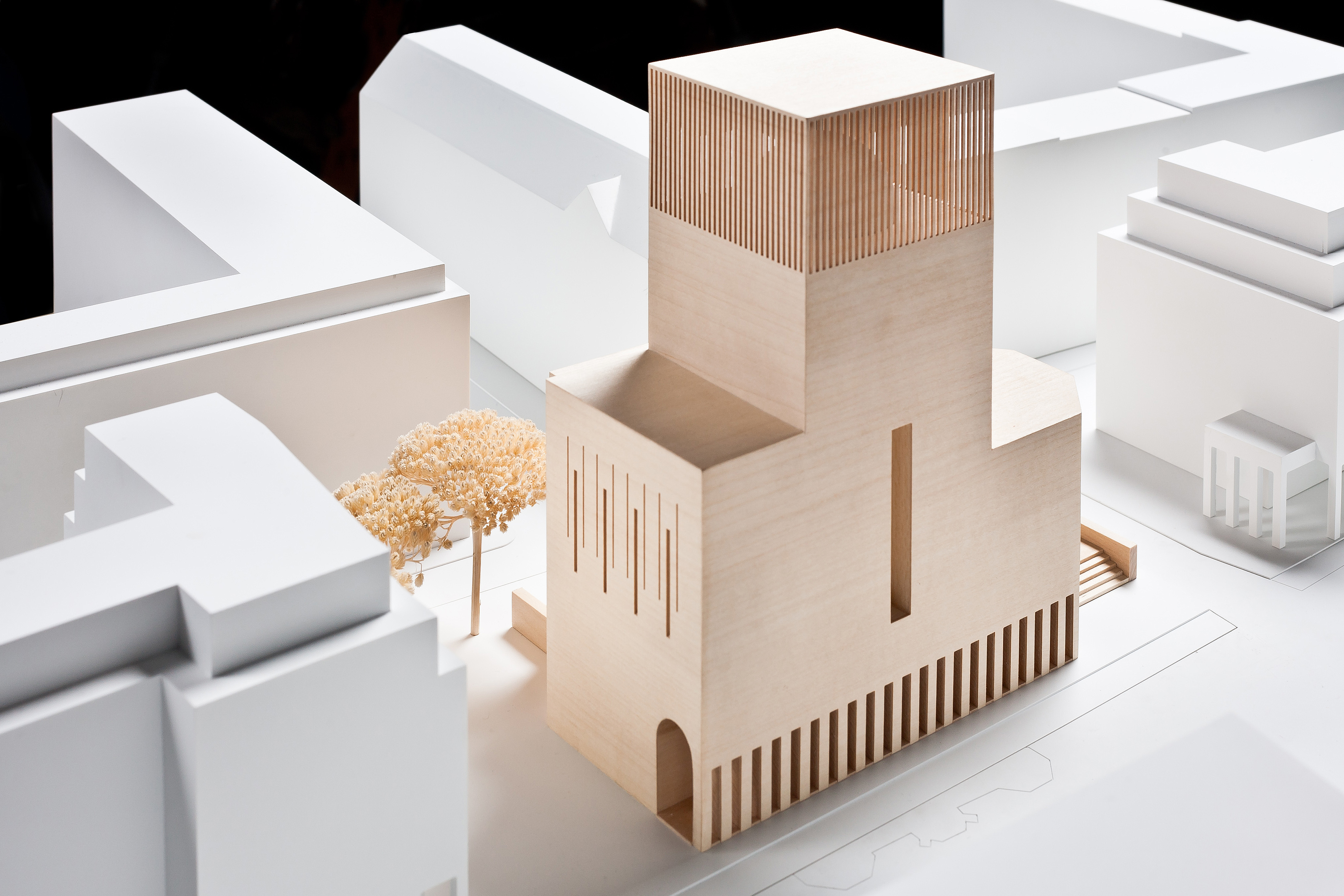 The Bet- und Lehrhaus Berlin, or “House of Prayer and Learning,” planned for an historic site in Berlin, is the brainchild of the Protestant (Lutheran) parish of St. Peter-St. Mary’s. Working together with Jewish and Muslim partners, the group plans for a building where Jews, Muslims, and Christians can pray in adjacent but distinct rooms, hold discussions and dialogues in a library, and also invite a non-religious public to learn about religion and engage in questions about religious toleration. It distinguishes itself, on its website, as a new kind of multi-faith center built not by a “neutral third party” but rather by the cooperation of religious groups. Its “Charter for Cooperation between Christianity, Judaism and Islam in the Planning, Construction and Use” included in a coffee-table book published in 2013 (in parallel German, English, Turkish, and Hebrew text), is as integral to the project as the architectural design. Both text and blueprints are meant to embody and carry forward a “culture of equality” among religious and non-religious communities in Germany.

The proposed building plans are remarkable and thought-provoking. History is an integral part of its present, as the building will rise on top of the excavated foundation of an ancient church. Exposed stones and a crypt will invite visitors to learn about the historic role of Christianity in Berlin, while a seminar room and a library for interfaith dialogue and conversations on this ground floor will suggest an expansion of Berlin’s religious foundation in the present. Building up from this ground floor will be a gallery that leads, in open staircases, to a middle floor with a large open public space. Three doors open off this space, to three prayer rooms; each room is of equal volume (but not equal floor space). The Jewish prayer space has a gallery that opens into a kitchen; the Muslim space has a gallery for prayers and anterooms for ritual washing. The Christian space has an organ. Above these two-story prayer rooms are galleries for exhibits and, at the top, an observation space where visitors can look out over the rooftops of Berlin or, if they prefer, look down into the shared public space below.

Each of the spaces is to be a setting for prayer. Even the observation deck looking out onto the city is conceived as a place for a secular visitor to be inspired. The architects and the clients of this building expect that prayer will be an integral part of the building’s life, but that it will also serve as a platform for developing better relationships among the various religions and publics that are present in contemporary, multicultural Berlin.

This project has been carefully considered at every stage by the working group and the publics it invites to its meetings. But it also remains quite fraught, especially given the particular history of the setting. As the coffee-table book explains, it will be located on the historic site of the church of St. Peter (in Petriplatz), which was annexed to East Germany and demolished, as it had been heavily damaged during World War II. After reunification, the city of Berlin offered the site (by then a parking lot) to the reunited parish. The literal excavation of the church’s ancient foundations has been accompanied by the metaphorical excavation of a more proximate history of the church – in particular, its use as a Nazi bunker at the end of the war and, prior to that, counting a so-called “Nazi priest,” among its ministers for a brief period. It remains to be seen how this more challenging history is incorporated into the building’s design, and how it is discussed and understood by its various praying partners who are motivated precisely by moving toward a future that is no longer burdened by the long shadows of intolerance and hatred.