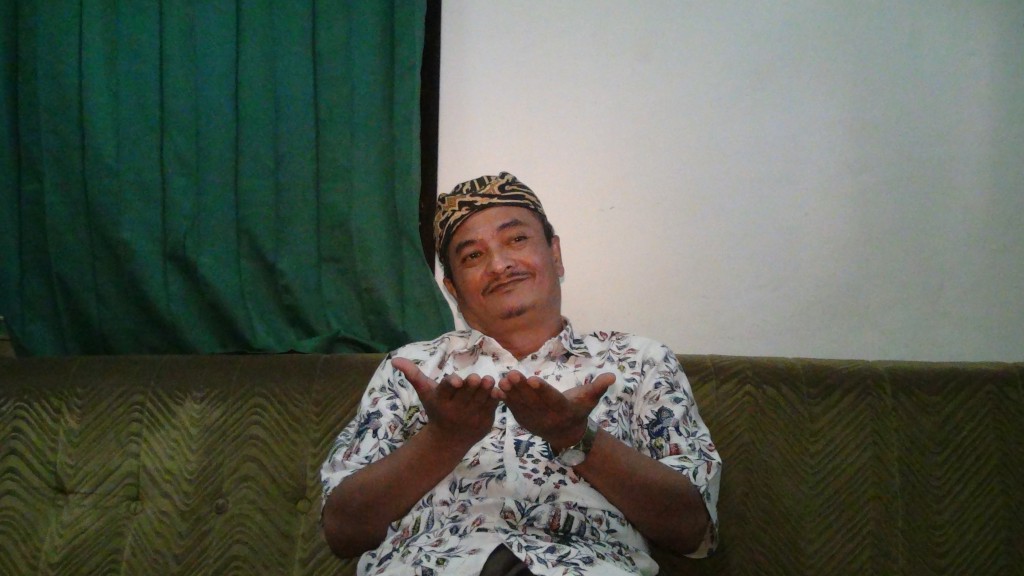 Such practices may be dedicated as suits the practitioners, whether as individuals or as part of a group. In modern contexts, dedication that is specified for an explicit purpose may be expected in many circumstances. In two cases of environmental prayer described below, a formerly generalized practice has been reworked specifically in service of the well-being of a newly-introduced ritual agent, “the environment.” In both of these cases of Muslim environmental devotions, “the environment” has been introduced as a third agent with respect to the relation of supplicant to petitioned, perhaps as the primary beneficiary of prayer practice. However, re-dedicated intent is also overlaid, implicitly or explicitly, on traditional prayer practices that are not formally changed.

An example of “eco-salawat” provided by a highly respected kiai (religious scholar) in West Java demonstrates this re-dedication of prayer to environmental intent. K.H. Thonthawi Jauhari Musaddad of Pondok Pesantren “Al-Wasilah” is renowned for his Islamic religious knowledge as well as his environmental activism (see this article for more on K.H. Thonthawi). Along with developing Islamic law of the environment through key fatwas (non-binding legal opinions) under the authority of the national organization, Nahdlatul Ulama, K.H. Thontawi has also developed new forms of environmental religious devotion that preserve traditional forms. Here is a short recorded excerpt of his eco-salawat from 2010, the full text of which appears in the article linked above.

The first verse of the 45-second clip is from standard Arabic “salawat nabi,” as recited for centuries by Muslims worldwide, in accord with a Qur’anic injunction. It calls prayers, peace and blessings on the Prophet Muhammad, his family and his companions. The second part, in the national language of Bahasa Indonesia, is for the environment. It translates as: “With blessing (we) care for the natural world, a healthy environment, the Earth sustained.” A new intent has been created (environmental care), here both spoken and explicit, while the traditional structure and authority of salawat tradition remain the same.

At an “eco-pesantren,” a traditional Islamic school dedicated to environmentalism, located across the island of Java, new forms of environmental religious observance were developing along similar lines. This is another case of the conservation of traditional devotional ritual form with re-purposed intent. However, environmental purpose is internalized and left to individual choice in prayer, even as it is officially sponsored by the institution. This follows religious theory and practice that are consistent with Muslim Sufi tradition as well as modern, globalized structures of religious participation. 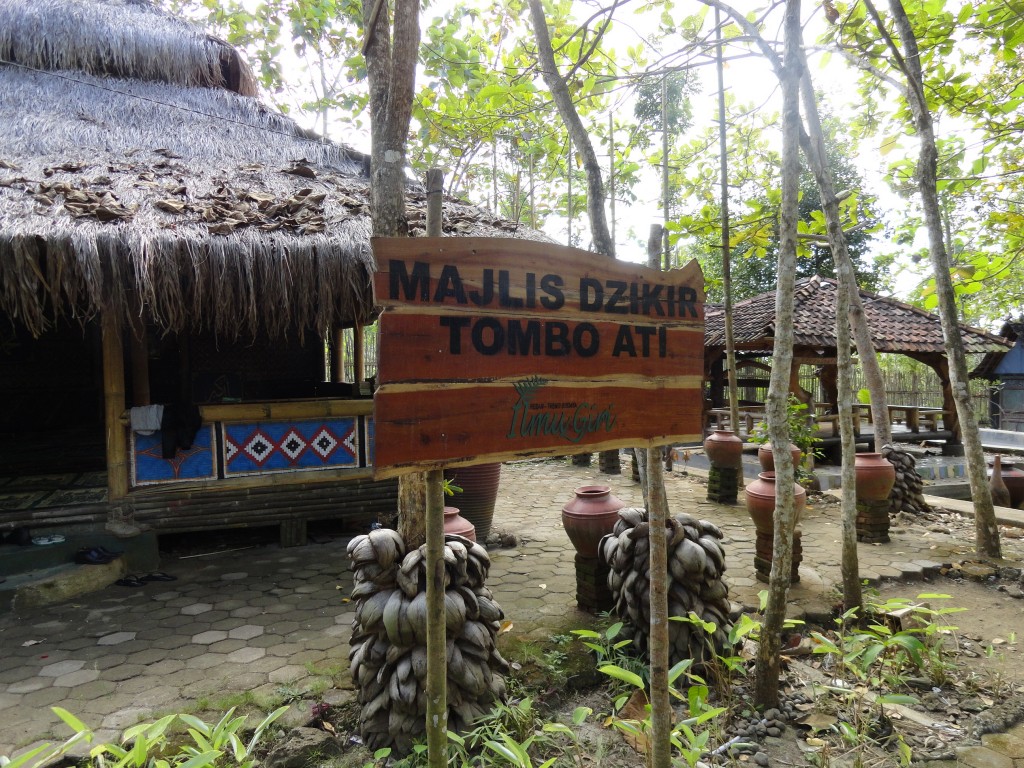 I have seen two “eco-dhikrs” at the institution called “Pesan Trend Ilmu Giri,” which is located on the southern side of the city of Jogjakarta (Mt. Merapi lies to the north), in the vicinity of Imo Gir. This is the area of the tombs of the kings of central Java, both Majapahit and Mataram dynasties. The dhikr observance I attended in 2011 did include an opening dedication of salawat for the sake of the environment, as well as to the Prophet Muhammad. Later in 2014, I returned to film another enactment: like the previous one, it corresponded with a calendrical observance traditional to Java, in which various forms of Muslim chant occur on certain nights of certain months.

The ritual in Ramadan 2014 was a “Selasa Pon” in which the first chapter of the Qur’an, Al-Fatihah, is recited forty-one times. “The Fatihah” is the surah recited with each cycle of salat (which means it is to be recited seventeen times a day, adding up all five daily prayers). As scholars of Islam—from Fazlur Rahman to Mahmoud Ayyoub—have observed, the sura itself takes the structure of a prayer. The entire “Selasa Pon” ritual, edited from its original length of about 40 minutes down to 20 minutes, can be viewed here:

The dhikr above was convened at Ilmu Giri after the special evening tarwih prayers of Ramadan (which mixes prostrations with ritual audition of Qur’an) and supererogatory, nighttime salat, called witr. The introspective and participatory nature of the dhikr lends itself to an intent of environmental well-being at this eco-pesantren, whose stated mission is sustainability and environmental care; nevertheless, there was no explicit mention of “the environment” during the entire ritual, which is exceedingly conservative of its traditional form.

Ilmu Giri’s founder, H.M. Nasruddin Ch. succinctly introduced the ritual as an eco-dhikr on the same night of its observance documented above, using the following words.

First, he frames the practice in terms of a regime of self-cultivation, using classic Sufi concepts and terminology (e.g., a Sufi observance called mujahada). In the next statement, however, he names the spiritual quality to be developed as khalifa (“stewardship”), a Qur’anic term linked to humanity’s responsibility to care for God’s creation. From the context, it is clear he means this to be understood as “environmental stewardship.” The ritual, with an intent that he says is interiorized, he now names as an eco-dhikr. At 1:15, H.M. Nasruddin suggests that alignment of internal order and cosmological order leads to environmental well-being, with words I translate as, “After this, it is not possible to destroy the environment” because the ritual has “humanized humanity, naturalized nature, and divinized the Divine.”

In each of these cases of Muslim environmental devotions, “the environment” has been introduced as an intentional object, a third agent with respect to the relation of supplicant to petitioned. “The environment” could even be said to be the primary beneficiary of prayer practice. As with the cases of changing prayers in the aftermath of disaster on Mt. Merapi, these cases of re-dedicated intent also represent a reworking, whether implicit or explicit, of traditional prayer practices that nevertheless do not change formally in their outward structure.