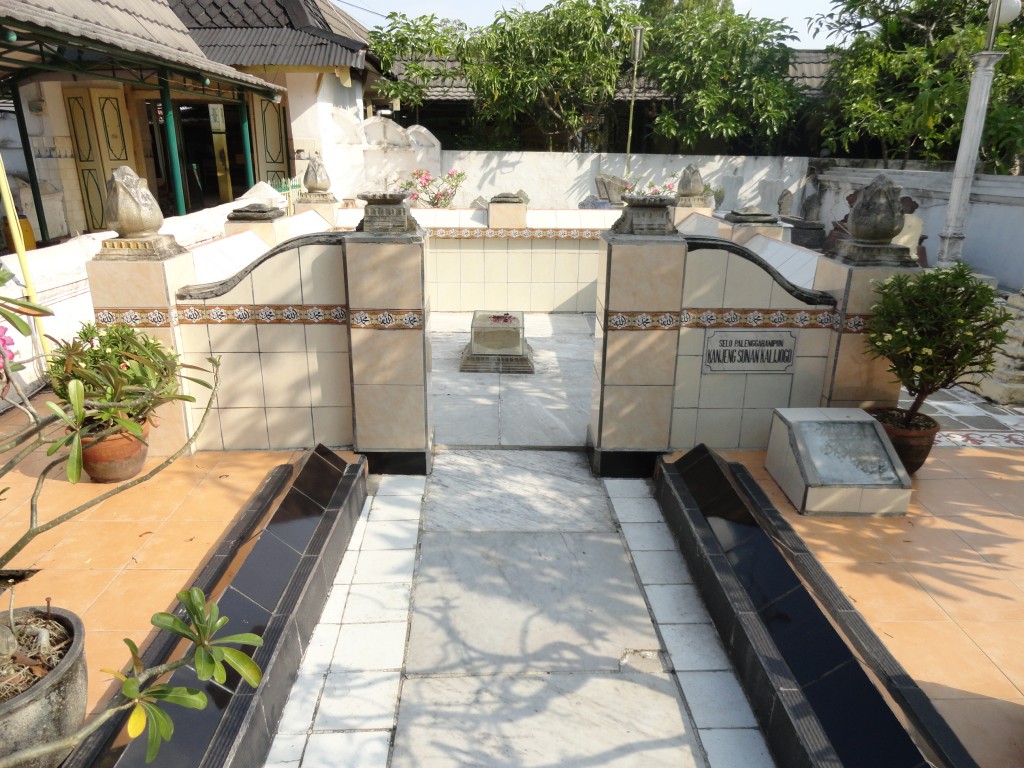 Emerging structures and orientations for Muslim environmental religious observances are not dramatically new in terms of their formal enactments in Indonesia. By and large they preserve religious and ritual structures that predate the 20-21st centuries. New strategies to promote aspects of local “culture” in order to foster notions of environmental connection and responsibility may even revitalize otherwise declining practices. What is becoming altered, however, are possibilities for the dedication and orientation of practices that some Muslims now seek intentionally to promote as “environmental prayer.”

In the current era of the Anthropocene, in which human actions dominate planetary conditions, any global prayer practice could be said to be “about” the environment. Not only does the state of the biosphere determine human survival, just as it always has, but now humans alter those conditions irrevocably and on a global scale. To designate a prayer to be explicitly “environmental” is also new, just as the English-language expression, “the environment” (in contrast to a concept of “nature,” for example), is distinctively modern. Landscapes of prayer shift in Muslim Indonesia as a direct effect of changes in the natural world (alam), as in the case of a natural disaster, as well as with respect to the development of explicitly social ideas like that of “the environment” (lingkungan hidup).

As with other global faith traditions, typical Muslim religious expression related to “the environment” reflects expectations of instrumentalism: these acts are expected to be purposive or intended for something, rather than, say, performed self-justifyingly for their own sake. “Acts are known by their intentions” overall from the perspective of Islamic legal traditions, Paul R. Powers explains in his study of Muslim jurisprudence and philosophy. In other words, intention shapes the identity and recognition of any ritual act. Thus, to introduce a new intentional field, “the environment,” in ritual activity means also to reconfigure substantively the act itself.

We can understand niyya (Islamic ritual intent) by considering it first with respect to obligatory rituals in Islam, ‘ibadat (acts of worship) that are also rewarded in the life to come. These include the five pillars of Islam (such as praying, fasting, alms-giving and pilgrimage). Only with intent performed as an explicit component of action are these considered legally or spiritually valid: a good example of this is how the act of forming niyya is a requirement of salat (canonical worship) in Islam, as discussed in detail in a recent book on Islamic prayer by Marion H. Katz.

In modern Indonesian contexts, anthropologists John R. Bowen, writing on salat in Indonesia, and Mark R. Woodward, analyzing a Javanese ritual called the slametan, show how intention is a locus of practical and theological controversy and consensus in historical and cultural contexts. More generally, a wide range of disputes about the permissibility of practices in the history of Islamic thought and practice have long been resolved by an assessment of intent, whether in the modernist/reformist rhetoric of the colonial and post-colonial eras or long ago, in the time of the earliest development of Sufi expression.

In addition to acts of canonical worship known as salat, there are many types of “prayers” performed by Muslims in Islamic Indonesia and globally, and many sorts of purposes and non-formal intents go along with them. For example, du’a is the word for acts that fall within the category of supplicatory or petitionary prayer, whether performed in Arabic or another language that Muslims speak. Dhikr is a disciplined practice of repeated or repetitive piety; it may be performed communally or individually, and may be associated with esoteric expression or with the regimens of self-cultivation of Sufi orders. Dhikr may also be an act of devotion, such as rehearsing divine praise of the names of God after daily worship. 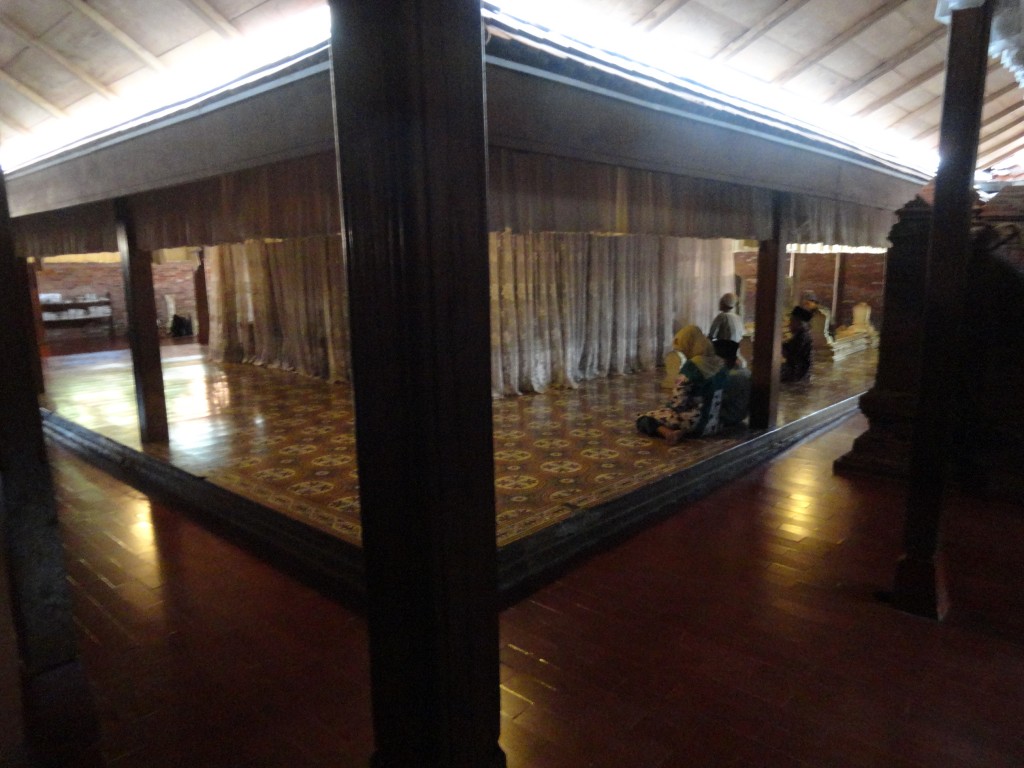 Muslims in Indonesia also engage in prayers in spaces and times that are contested. These include veneration performed at the tombs of holy or powerful figures such as the “Wali Songo” or “Nine Saints” of Java. Also controversial have been communal recitations like the mawlid (sometimes called barzanji for an author of one of the versions, and sometimes called salawat nabi) that venerates the Prophet Muhammad through his life story and praise. More theologically problematic still is the popular talqin reading, often Surat 36 Ya Sin of the Qur’an, observed in commemoration of the dead.

The prayer-types as outlined above follow a progression from what are probably the least contested practices (salat, du’a) to those that are considered more questionable among certain scholars (mawlid, talqin). The historical grounds for objections to such practices are usually that proper intention has been distracted or diverted; for example, reformers may claim that the questionable acts are not performed for the sake of Allah but rather for the sake of something else, like a saint’s intercession.

Texts of Islamic jurisprudence do authorize a form of environmental prayer that has a worldly dedication. These are salat prostrations for rain, called salat al-istisqa, which is based on a hadith (report) that the Prophet Muhammad conducted the practice. As a normative ritual, it is governed by guidelines that include a combination of du’as (prayer formulas) and rak’at (prostrations), just as are performed in daily salat. Classical books of fiqh treat it within a class of required salat on the occasion of unpredictable yet inevitable events, like funerals, and salat in the event of natural “signs” such as eclipses and earthquakes. The difference between salat al-istisqa and other salats in this grouping is that prayer for rain occurs before, not after, the event.

Another key difference between the required daily salat of worship and salat for rain is that the salat for rain is a petition for a specific outcome. As with most Muslim du’a, there is a third term added to the relation of God to supplicant: the event of falling rain. Present scholars of religion would feel at ease calling this practice “environmental” since it is a religious response to climate disturbance (i.e., drought). The Indonesian cases presented here, highlight environmental ritual practices that are performed in response to environmental conditions and those that anticipate them, and also practices that have been altered as a result of environmental change.

All of the cases discussed here relate to new prayer-intents, such as: formulating an explicit, instrumental purpose for an enactment; establishing an intent that is singled out from among other possibilities; and, making a dedication that is specifically “the environment.” I offer two pairings of ethnographic examples of prayer related to the environment in eastern and central Java, Indonesia. The first two of these cases are accounts of the effects of the catastrophic eruption of the volcano, Mount Merapi, in 2010. The other examples are instances of a transformation of older devotional practice (dhikr and salawat nabi) in new, “environmental” registers. These examples represent how intentional dislocation and re-ascription may be critical to contemporary practices of prayers, rendered with the environmental urgency that increasingly defines a shared global experience.