[Editor’s Note: This essay is a part of  “Landscapes of Prayer: Islam, the Environment, and Java,” Anna Gade’s portal into the study of prayer.] 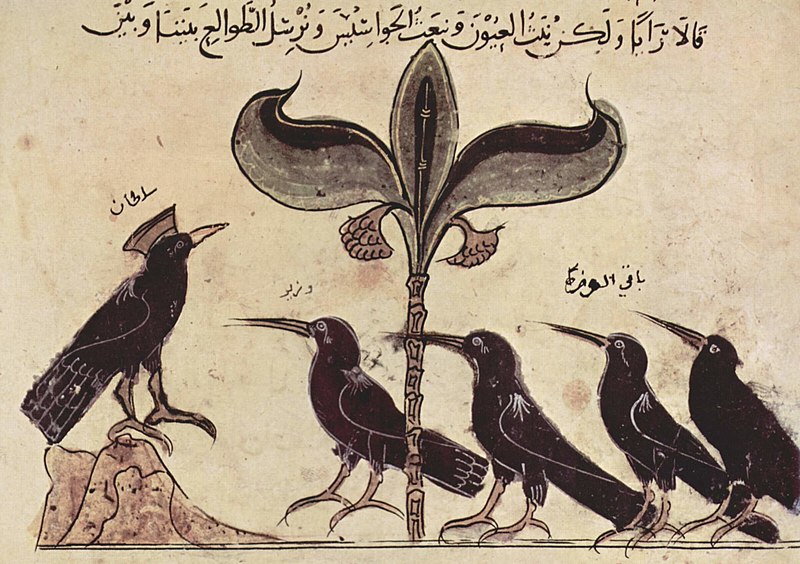 As Anna Gade points out, the case of istisqa’ is very relevant here. It’s true, of course, that the modern concept of “the environment” is alien to older understandings of this ritual. Nevertheless, aspects of it are potentially interesting with respect to the human relationship to the non-human world. Nadia Abu-Zahra argues in a study of istisqa’ rituals in Tunisia (based on fieldwork conducted from the 1960s to the 1980s) that earlier analyses were deficient, in part because they “did not consider the connections people make between the environment (rain, land and agriculture), the socio-moral order and the spiritual order.” Because the prevalent theological assumption has always been that drought is the divine response to human wrongdoing, istisqa’ appears not only as an intervention to elicit a human-friendly response from God (the sending of rain), but also as a means of redressing the wrong that humans have inflicted on other elements of creation. As the Shafi’i jurist Abu Ishaq al-Shirazi (d. 1083 CE) remarks in one of the foundational legal manuals of the medieval period, “If the ruler wants to go out to pray for rain, he exhorts the people and orders them to cease committing injustices and to repent from their sins before he goes out, because injustices and sins prevent rain.” In support of children’s participation, he cites a hadith stating that “Were it not for nursing children, grazing animals, and servants of God who bow [in prayer], He would pour out wrath upon them.” Al-Shirazi also supports the practice (rejected by al-Shafi’i) of bringing animals out for istisqa’ citing a story in which the Prophet Solomon goes out to perform istisqa’ but is forestalled when God responds to an ant’s rain prayer instead. (Solomon’s relationship to ants is a Qur’anic motif; see Qur’an 27:17-19). He also invokes the authority of the early Qur’anic commentator al-Mujahid, who said of the statement “The cursers curse them” (Qur’an 2:159):

[They are] the beasts of the earth; they curse them, saying, “Their sins prevent the rain.”

(For Shirazi’s discussion, see Abu Ishaq al-Shirazi, al-Muhadhdhab, 1:231.) In North Africa, there is a recorded custom of the practice of bringing out young cattle separately from their mothers—giving rise to heart-rending cries (see Abu-Zahra).

In a very different sense than we would understand today, traditional interpretations of the istisqa’ suggest that, for Muslim thinkers, it was always the Anthropocene—environmental disaster was pervasively assumed to be the result of human wrongdoing. Conversely, however, disruption of natural processes opened cracks in the anthropocentric model of worship. Tormenting young cattle so that their innocent cries will move God to send rain is, on one level, a very instrumental use of non-human animals; on another level, though, the idea that animals are cursing us moves us just slightly from the center of the picture. None of this makes much sense from the point of view of the usual systemic assumptions of the Islamic legal tradition, which regards neither non-human animals nor small children as possessing legal agency or the ability to frame a valid niyya (intention) for an act of prayer. Unlike the halakhic tradition, which occasionally pondered questions such as the Sabbath observance of cattle, Muslim legal texts generally do not countenance the idea of non-human ritual actors (other than jinn). It is worth noting that this legal model contrasts with Qur’anic language, which suggests that non-human beings, both animate and inanimate, engage in acts of worship; this theme is explored in Sarra Tlili’s study Animals in the Qur’an.

Some classical scholars also advocated the participation on non-Muslims (Jews and Christians) in prayers for rain, a near-unique endorsement of the desirability and efficacy of their participation in a worship ritual alongside Muslims. Here, it seems that the shared experience of suffering—and the shared need for means of subsistence that can only be ensured by the proper environmental conditions—displaces the legally-defined intent that is crucial to the validity of most prayers.

The parameters of prayer are also broadened when Pak Asih labels the labuhan ritual as “a practice of cultural heritage.” This move reminded me of claims made within debates about rituals celebrating of the birthday of the Prophet Muhammad (the Mawlid) in present-day Yemen (see Marion Katz, “Women’s ‘mawlid’ Performances in Sanaa and the Construction of ‘Popular Islam’”). Among women chanters who perform these ceremonies professionally, accusations of illegitimate religious innovation have sometimes been met with efforts to reframe the ritual as an educational commemoration, or to re-label it as cultural heritage (turath). In both cases, one wonders whether such claims effectively place the practices in question out of the broad English category of “prayer,” or whether—and I think more plausibly—we should understand them as broadening that category beyond a certain normative model. It would be interesting to know about the hoped-for effects of environmental dhikr. Is the objective to accumulate blessing, to solicit divine favor, to raise the consciousness of participants, or to galvanize political action through the mediated dissemination of the prayers? The range (and possible overlap) of different ways of envisioning the effect of these environmental rituals is reminiscent of the long dialogue over the donation of merit and the dynamics of baraka (auspicious power or blessing) associated with pious recitations over the course of Islamic history. Through the donation of merit and the communication of blessing, pious acts could be understood as involving horizontal ties among human beings (and the events that affected their lives) as well as vertical ones directly with God. Models centering on the generation and donation of merit and the channeling of baraka, although their mechanisms and importance were sometimes contested, historically offered supple tools for pious action that went far beyond narrower models of Muslim prayer.