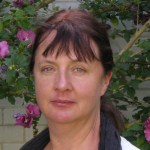 Fenella Cannell teaches social anthropology at the London School of Economics (UK), and has also taught and lectured at Johns Hopkins University, Cornell and Michigan—Ann Arbor. She specializes in the anthropology of religion and of Christianity at all levels, and was awarded a UK national prize (ASA-CSAP) for her teaching on the anthropology of Christianity in 2010. She published The Anthropology of Christianity in 2006 (Duke), which has been widely read. Vital Relations; Kinship as a Critique of Modernity, is co-edited with Susan McKinnon and will be published by SAR Press (Santa Fe) in 2012. Dr. Cannell is co-organizer with Matthew Engelke and Mathijs Pelkmans at LSE of the new Religion and non-Religion Program, and will convene an international conference on the comparative Ethnography of Prayer in early 2013 within that program.

&lt;p&gt;What counts as prayer? It is a serious mistake, when faced with very difficult questions, to answer them too quickly.&lt;/p&gt;