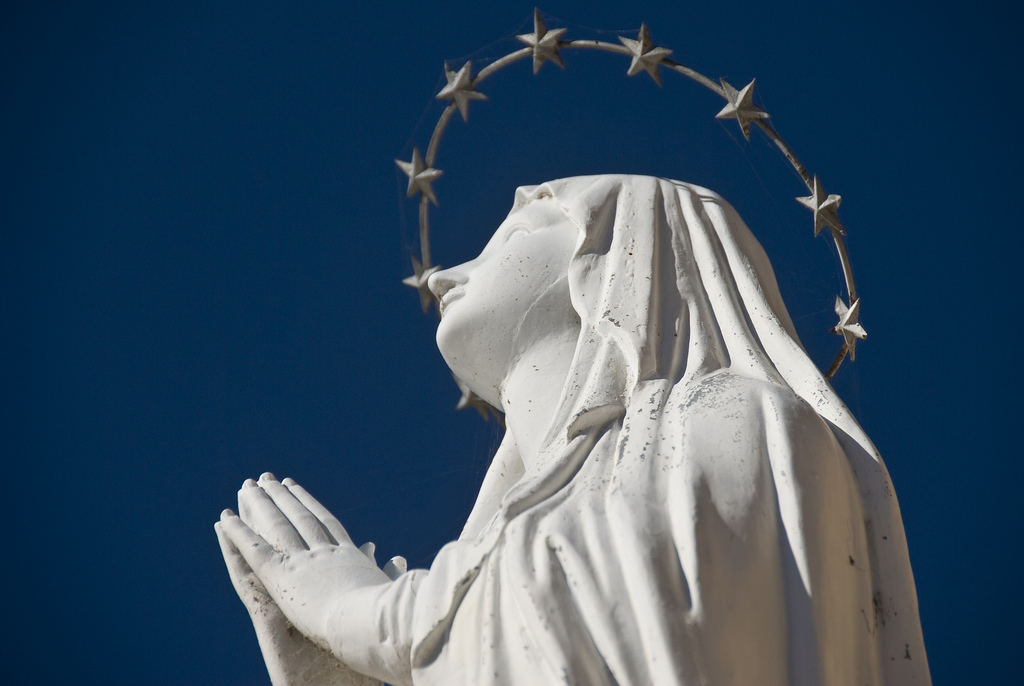 Praying in the Roman Catholic tradition takes place within networks of relationships on earth, and between heaven and earth. For Catholic men and women, supernatural figures are taken to be really, literally present in the everyday circumstances of their lives. But Jesus, the Virgin Mary, and the saints are also present in images, statues, and relics; in times of great communal distress or personal suffering; in features of the natural landscape and shrines that mark sites of encounters between humans and supernatural figures; and in holy oil and water. Such encounters are not a matter of human interiority; humans meet these real presences as others in the world. In this portal, New Directions in the Study of Prayer grantee Robert Orsi presents a curated collection of resources for readers interested in the intersubjective nature of Catholic prayer, and what this tells us more generally about how religion is practiced today.

Read From Practices of Presence to Sacred Absence: Theoretical Context

Read The Cult of the Saints

Read The Sacred Made Real

Read Person and God in a Spanish Valley

Read The Power of Images

Read Jesus in Our Wombs

Read Catholics in the Movies