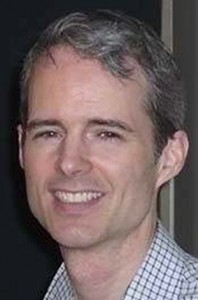 Bruce Grant is author of In the Soviet House of Culture: A Century of Perestroikas (Princeton 1995), a study of the Sovietization of an indigenous people on the Russian Pacific coast, and winner of the Prize for Best First Book from the American Ethnological Society; as well as The Captive and the Gift: Cultural Histories of Sovereignty in Russia and the Caucasus (Cornell 2009), on the making of the Caucasus in the contemporary Russian cultural and political landscape. He is co-editor of Caucasus Paradigms: Anthropologies, Histories, and the Making of a World Area (LIT 2007) and The Russia Reader: History, Culture, Politics (Duke 2010). His current research includes: an exploration of rural Muslim shrines as sites of the retelling of Soviet history in Azerbaiijan; a study of the spectacular rebuilding of the Azerbaijani capital of Baku; and a historical project on the early twentieth-century, pan-Caucasus journal Molla Nasreddin (1905-1931) as an idiom for rethinking contemporary Eurasian space and authoritarian rule within it.

Bruce Grant is Professor of Anthropology at New York University with affiliations in the Program in Near Eastern Studies as well as Russian and Slavic Studies. A specialist on cultural politics in the former Soviet Union, he has done fieldwork in both Siberia and the Caucasus. He has been the recipient of grants from the SSRC, the American Philosophical Society, ACLS, NCEEER, NEH, NSF, and the Wenner-Gren Foundation for Anthropological Research. He is a recent past president of the Society for Cultural Anthropology, interdisciplinary wing of the American Anthropological Association (2007-2009); and ASEEES, the Association for Slavic, East European, and Eurasian Studies (2011).