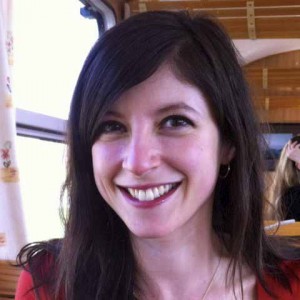 University at Time of Fellowship: University of California - Berkeley

Contemporary European societies are moving away from the European vision set forth in the second half of the twentieth century. Social integration—a goal integral to the European project—has not followed economic integration. European economic integration is producing the very opposite of its intended goals, namely, it is leading to cultural disintegration in the form of rising nationalism and radical right mobilization. Using cross-national statistical survey data, an original longitudinal dataset, in-depth interviews, and first hand observations, I examine various aspects of how nationalism manifests in contemporary Europe: as national identity, as support for radical right political parties, and as a process of political mobilization.  I focus specifically on the cultural and political consequences of the EU integration process on the post-socialist countries of Eastern Europe.

Large comparisons, however, can only provide a snapshot of radical right mobilization. To answer why and how individuals join radical right movements, I trace the rise of a radical right movement in Ukraine by conducting over 100 in-depth interviews between 2009 and 2012 with members of Ukraine’s radical right wing party, Freedom (Svoboda). I find that activists were primarily recruited to the movement through friendship networks, reflecting the recruitment practices of progressive social movements. A surprising finding of this case study is that even the most ardent radical right activists were ambivalent about the political aims or ideology of the party before joining. Rather, they developed well formed political beliefs after continued interaction with other activists and participation in political events. Individuals were thus radicalized through the process of mobilization. By showing that radical ideas result from the mobilization process, this finding builds on emerging research of right-wing activists challenging the underlying assumption of social movement theory that activists, and radical right activists in particular, join movements to express preexisting beliefs.

Together, the quantitative analysis and qualitative case study provide a comprehensive analysis of why and how nationalism, in its loose and strict senses, remains a gripping and powerful category for how individuals understand the world and their place in it. As such, this dissertation is an examination of the dark side of Europe’s political and cultural integration since the collapse of the Soviet Union.

Alina Polyakova’s dissertation explores the relationship between support for radical right parties and civil society development, with a focus on how political parties’ organizational capacity to recruit and mobilize support through networks in civil society. Alina conducted fieldwork in Ukraine, where she interviewed members of radical right groups, political parties, and civic organizations. Her work has received funding from the Social Science Research Council, IREX, and the National Science Foundation. Her other research interests include European identity formation and EU integration of post-socialist republics. Prior to entering the PhD program at Berkeley, Alina was a Fulbright Scholar in Germany. She graduated summa cum laude from Emory University with a double major in economics and sociology. 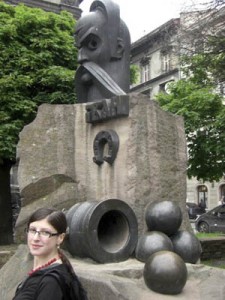