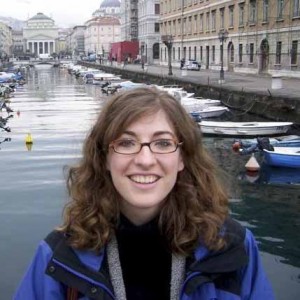 A Noah's Ark: Moving to Moscow, Material Life, and Information in Revolutionary Russia, 1916-1924

More than most kinds of historical event, revolutions have lent themselves to a spreadsheet-style of analysis.  Two developments—one in history, the other in the social sciences—encourage a different approach, based around the category of experience.  Historians have turned to the experience of revolution both to gain access to the world of meaning and to cultivate a new source of information on how and why revolutions unfold as they do. To study the experience of revolution, the historian Lynn Hunt writes, is not to abandon a commitment to cause and consequence; it is, instead, to consider the capacity of the revolutionary experience “to alter the mental state of millions,” producing new conditions of possibility and engendering previously unthinkable outcomes, such as the Terror. The idea of the unthinkable also guides the sociologist Charles Kurzman’s explanation of the Iranian Revolution of 1979, which he terms an “anti-explanation,” arguing the Revolution was the result not of Islamist ideology, popular organization, or institutional failure, but of the local choices made by individuals experiencing a moment of profound “confusion.”  Historians of the Russian Revolution have been slow to embrace this perspective, partly because the rapid polarization of discourse about revolution after the Bolsheviks seized power made it difficult to recover unvarnished accounts of what the Revolution felt like and how it was lived. Drawing on petitions sent to Bolshevik authorities when the Revolution, “Soviet power,” or both were not living up to expectations, audits of government agencies, and internal documentation, my dissertation excavates the lived experience of revolution as an event in material, familial, occupational lives—in short, the revolution in the everyday.   The revolutionary everyday was not mundane; it was, as Hunt suggests, peculiarly influential, because it was construed as a “zero degree of social and political life” that encouraged the recreation of a founding act across the polity.  The founding acts uncovered in my research—practices surrounding the disposal of material resources such as buildings, personal possessions, and monetary instruments—were especially powerful, I argue, because they responded to a desire to make a distinctively “socialist” revolution. How, in the absence of the market, were the new owners of Russia’s recently-nationalized bounty supposed to find out quite literally what there was? How were they to determine how much it was worth, or what about it was valuable? What was the fate of money in the socialist polity? There was no guidebook to building a socialist economy; my dissertation unearths the practices worked up in a variety of settings, both formally and informally, in answer to the many questions posed by the dilemma of a socialist revolution.

Anne O’Donnell studied the history of the Russian Empire and Soviet Union under the direction of Stephen Kotkin and Katya Pravilova at Princeton University’s Department of History. She was previously a Jacob K. Javits Fellow and received her A.B. from Princeton University and M.A. from the University of California, Berkeley.