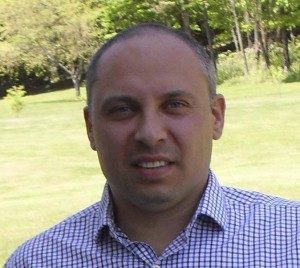 Towards a ‘Cult” of the World War II Newsreel, Documentary, and Cameraman: The Development and Meaning(s) of Stalinist Documentary Filmmaking Practices

University at Time of Fellowship: University of Wisconson - Madison

By the mid-1930s a mass scale documentary filmmaking industry had developed within the Soviet Union that was able to reach millions of people domestically and abroad.  The country was producing hundreds of newsreels (kinokhronika), dozens of full length documentaries (polno-metrazhnye dokumental’nye fil’my), and millions of meters of archived footage (kinoletopis’).  It was a great achievement for a Soviet propaganda machine and documentary film industry specifically that were highly inefficient due to over-centralization, its bureaucratic nature, poor indigenous film technology, and unrealistic Party goals.

How was it then that the Soviet propaganda state was able to function and expand in the 1930s and continue to operate uninterrupted during the Second World War?  My dissertation project tackles this question of how the Soviet documentary filmmaking industry was able to develop and function in the 1930s and during the Second World War despite high odds looking at it from the inside.

I have found that Party instructions were not simply followed and propaganda created.  In fact, a complex relationship emerged between the state and its propaganda workers.  The Party unofficially tolerated the initiative and unofficial ways of doing things that propaganda workers came up with on the one hand all the while demanding that official instructions be followed. Thus, Soviet propaganda workers were not simply drones without their own initiative, nor did they sacrifice themselves for the state mindlessly.  They couldn’t be because they understood well that the state’s efforts would have been derailed, interrupted, and so on if they only followed Party instructions.

In a system that was plagued with shortages, inefficiencies, unrealistic Party pronouncements and goals, a system that was starting from a very primitive technologically level, the state had to adjust and tolerate initiative, as well as unofficial and unorthodox ways of ‘getting the job done’ in terms of its propaganda machine and produce films and footage.  Unofficial solutions from below and the Party’s tolerance of those methods and its own adjustments were what kept the Stalinist propaganda machine afloat not just repression, punishment, and fear.  Without these unofficial approaches the Soviet propaganda state would not have been able to achieve what it achieved.

Benjamin Raiklin’s dissertation examines the development of Stalinist documentary filmmaking practices and the making of the memory of the Second World War. His dissertation is based on research conducted in Moscow, St. Petersburg, Kiev, and Washington DC. He has been awarded a number of research grants including the Kennan Institute Summer Research Scholarship and the George L. Mosse Graduate Exchange Fellowship. He has presented his research at various academic venues and conferences, such as the Annual Convention of the Association for Slavic, East European, and Eurasian Studies (ASEEES) and the University of Wisconsin. In 2009, he published a refereed article in the journal Studies in Russian and Soviet Cinema entitled “Soviet cinema in the wake of the terror: The Artistic Council at Mosfilm, 1939–41.” 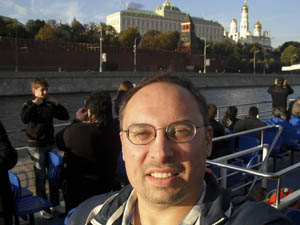