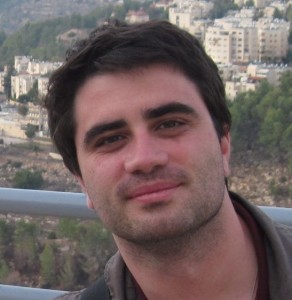 "A Sea of Blood and Tears": Ethnicity, Identity, and Survival in Nazi Occupied Volhynia, Ukraine 1941-1944

University at Time of Fellowship: University of California- Los Angeles

My dissertation project examines the roughly three and one half grim years of the Nazi occupation of the multi-ethnic Volhynia and Volhynian Polissia region in western Ukraine. The project will provide a “bottom-up” social history that intimately probes the lives and experiences of average Volhynians, Ukrainians, Russians, Poles, Jews, and others, in order to make better sense of this vase tragedy. The project will probe the most contentious historiographical issues surrounding the Nazi occupation in the Volhynian region: the Holocaust, local collaboration, the Soviet underground movement and partisan movement, the Ukrainian nationalist movement and general issues of inter-ethnic violence. I trace the experiences of individuals and groups through various microhistories to explore how ethnicity, class, and political orientation were all affected by the conditions of the occupation. I will focus on how individual and group identity was formed and changed due to conditions of the Nazi occupation. I want to know why some Volhynians voluntarily worked with the German regime, while others gave their lives to fight against the occupation; why some joined the Soviet partisans and others, Ukrainian or Polish nationalist guerrilla groups; why some saved complete strangers, while others denounced their neighbors. I will look at how and under what circumstances Volhynians were willing to engage in violence, particularly against their neighbors. This project will make historiographical contributions to literature on both genocide and inter-ethnic conflict and compliment earlier works on German occupation policy with a view from below. In order to accomplish this task, I have utilized a wide range of documentary sources from German administrative files to personal diaries of Volhynians. The two important source bases for the project are underutilized testimonies from Eastern European archives and newly declassified war crimes trials from the former KGB archives in Ukraine. 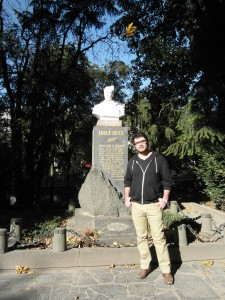