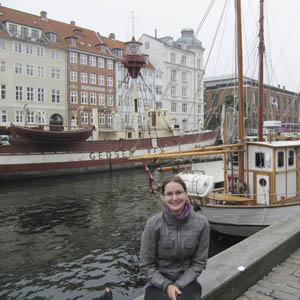 What Makes a People? Soviet Minority Politics and Communities after World War Two

University at Time of Fellowship: University of Michigan

When ethnically framed conflicts became a visible locus of tension during the dissolution of the USSR, scholars increasingly turned to the history of Soviet nationality policies and national relations to explain the emergence of large-scale unrest in the Caucasus and elsewhere. Most of these narratives, however, reproduced the institutional structure of the Soviet Union and the social epistemologies governing its archives by focusing on titular politics and the pre-World War Two decades, or skipping ahead to the late 1980s and early 1990s when many of the conflicts entered into a sustained period of violence. Thus, knowledge remains limited about the middle decades of Soviet rule and about the experiences of non-titular peoples who were at the center of many of these conflicts, but lacked the prominence, status, and bureaucratic affirmation of the titular nationalities that had Soviet republics named after them.

Using an extensive range of sources, including more than 120 oral history interviews and research from seventeen national and local archives in Azerbaijan, Dagestan, Moscow, and Georgia, I take up the question of these minority populations in the intervening decades between World War Two and the end of the Soviet empire. My research delves into two intertwined themes—the politics and practices of assimilating non-titular populations, and the consequences of such efforts. Oral histories, private document collections, and ethnographic texts and photographs are key to this historical narrative, not least because many non-titular populations drop out of state archives in the 1940s as a consequence of reorganizing institutions of governance and evolving theories about the place of non-titular peoples in the Soviet landscape. Further, although the Soviet model anchored national populations in designated territories, I move across the borders of Soviet republics because politics and communities were in fact layered across these spaces.

Incorporating non-titular peoples into historical narratives can have broad implications for our understanding of Soviet and even global history. For instance, titular populations were minorities on an all-Union scale and thus often stand in as archetypal minorities in Soviet historiography. When we zoom into the republican and local levels, however, the non-titular populations become visible and complicate what we thought we knew about Soviet nationality politics and power dynamics. Here, we find that many of the same struggles that titular groups had with Moscow were reproduced in interactions between non-titular populations and Baku, Tbilisi, and Yerevan.

My three case studies of non-titular minority populations in the South Caucasus illustrate that local residents, activists, academics, and politicians continuously contested titular and non-titular national rights in the postwar period. Geopolitical intrigues in Iran and Turkey during World War Two spurred new patterns of titular nationalism and renewed disputes over minority populations and territories in the Caucasus. These developments in turn generated different ways of imagining and policing these communities.

Yet, many non-titular identifications persisted despite postwar assimilatory politics. The oral histories that I collected illuminate the otherwise-obscured lived experience of non-titular minorities and the mechanisms of cultural regeneration among peoples who lacked state support and recognition. Embracing new possibilities of political engagement, many non-titular minority activists defined themselves and their collective identities by challenging local nationalizing officials and appealing for state support from Moscow. The relatively bold discourses and strategies that they employed in grassroots campaigns speak to the emergence of a new type of Soviet citizenship in the late 1950s. 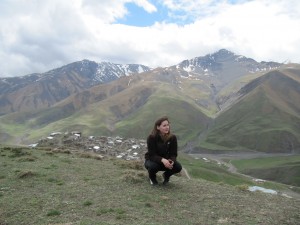