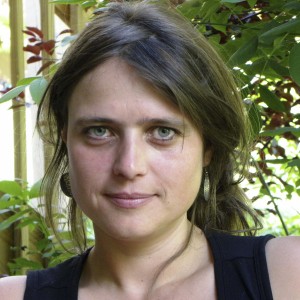 University at Time of Fellowship: University of Colorado - Boulder

I research local understandings of health, livelihood, and suffering among rural Kazakhs whose home is the Semipalatinsk nuclear test site.  I argue that the most powerful legacy of the Soviet nuclear bomb project for these people is the emergence of a specific post-socialist identity— one in which, their survival is proof that radioactivity transformed their biologies and leaving the area would result in their deaths. The declaration of independence in 1991, including the adoption of free market reforms, has obliged disenfranchised rural, ethnic-Kazakh communities living on the edges of nuclear zones to confront and make sense of their ongoing health problems and environmental damage on their own. In order to navigate this post-Soviet social order and cultural marginalization, those I work with have “embraced” nuclear pollution as something natural in their environment and see their survival, compared with the demise of others, as proof that their biologies have evolved to fit a radioactive ecosystem. My Kazakh informants say “clean air is our death,” meaning that moving away from radiation will kill them.

Taking the 1949-1989 Soviet atomic testing program and the Cold War as historical background, I investigate contemporary Kazakh state, local, and scientific understandings of health and livelihood on a landscape marred by hundreds of nuclear detonations.  This research is complicated by overlapping regimes and historical periods in Kazakhstan as well as episodes of heightened secrecy and disinformation campaigns, all within post-Soviet nationalist ambitions to gain an economic foothold in the global 21st century. Using sixteen months of fieldwork collected within a rural network of predominantly poor Kazakh villages, I look at how indigenous Kazakhs exposed to radioactive residue on a day-to-day basis, interact with the enduring authority of Soviet scientific expertise on all matters nuclear and construct their own narratives of health, suffering, and well-being. I ask: How do people envision themselves in a neoliberal, post-Soviet social order? How do the consequences of radiation and anxieties about low-dose exposure, for example, play out in places like contemporary Kazakhstan, where people continue to live on irradiated landscapes? And how have scientific discourses about genetic mutations induced by low-level exposure inserted itself and morphed the everyday realization of the self in the post-Soviet context? In other words, how are new understandings of the human self, constructed in Kazakhstan’s nuclear zone?

My project is one of the few studies of its kind to examine rural, ethnic Kazakh communities in Central Kazakhstan living at the edges of a nuclear landscape and the ways in which they confront and make sense of their health problems and the ongoing environmental damage. Anthropology has much to contribute to the discussion of post-Soviet states that continue to struggle with violence, xenophobia, poverty, economic restructuring, corruption, nationalism, and identity, as well as the emergent social, economic, and political configurations. Kazakhstan is now the leading exporter of uranium. Its legacy of Soviet nuclear testing together with the current politics of nuclear power development, affect the management of one of the largest uranium deposits in the world, as well as social and economic policy that affects millions of people living in contaminated areas.

Magdalena Stawkowski spent thirteen months conducting fieldwork in ethnic Kazakh communities located on the edge of the Semipalatinsk nuclear test site in Kazakhstan. Her dissertation explores the current Kazakh understanding of health and livelihood in the context of Soviet nuclear weapons testing. Her work has been funded by IREX, NSF REG grant, and the Albert E. Smith grant for the New Nuclear Age related research. Recently, Magdalena was awarded a medal by Olzhas Suleimenov, the Ambassador of Kazakhstan to UNESCO, for her contribution to the anti-nuclear movement. She is also a consultant for a joint project between Atomic Testing Museum in Nevada and the EcoMuseum in Karaganda entitled “Nuclear Weapons Testing Legacy: The Tale of Two Cultures.” Magdalena’s project came out of her life experiences of the Chernobyl disaster while living in Poland. 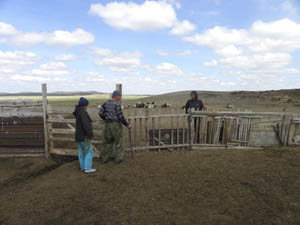