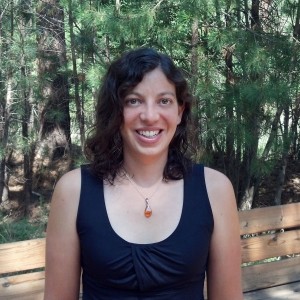 The Front Within: The Soviet Partisan Movement, the Komsomol, and the Ideological War on the Eastern Front, 1941-1944

University at Time of Fellowship: University of Wisconsin- Madison

My dissertation explores the social and political dynamics of Soviet guerrilla resistance against German occupation in the western borderlands during the Second World War by examining the role played by the Komsomol (All-Union Leninist Young Communist League) in the partisan movement’s defense of the Soviet Union.  By 1943, the Central Headquarters of the Partisan Movement and the Komsomol’s Central Committee had begun to mobilize Soviet youth by recruiting both young men and women into the Komsomol to combat what they characterized as the anti-Soviet behavior and immorality of partisans behind enemy lines.  During the Second World War the Communist Party dispatched thousands of dedicated Komsomol members (Komsomol’tsi) to partisan camps in occupied areas of Russia, Belorussia, Ukraine, and Poland with the goal of cleansing the movement of practices such as looting, drinking, and rape that were damaging the partisan movement’s fighting capacity and moral authority.  The Communist Party not only utilized the Komsomol for surveillance and to correct anti-Soviet behavior within the partisan movement, but also to represent Soviet state power and ideology behind enemy lines by agitating in villages and disseminating propaganda.  My dissertation uses the Komsomol as a lens for studying the intersection of Stalinism, youth, sexual politics, and partisan resistance during the war years.  In particular, it sheds light on the important and hitherto neglected social, political, and gendered aspects of the movement and the Komsomol’s role in countering German propaganda efforts to recruit youth for labor and nationalist movements.  Examining the Komsomol will lead to a greater understanding of how the Soviet Union preserved its authority among potentially disloyal civilians and partisans in occupied territory.  It will show how isolated groups of society, often removed from Moscow’s direct surveillance during wartime, maintained their connection to Soviet ideology and political institutions.

MayaLisa Holzman is a PhD candidate in History at the University of Wisconsin-Madison.  Her research interests include the Second World War, gender, and youth and her dissertation is based on nine months of archival research in Moscow, funded by The Andrew W. Mellon Foundation and the Institute of International Education.  MayaLisa received her BA in Slavic Studies and History from Brown University. 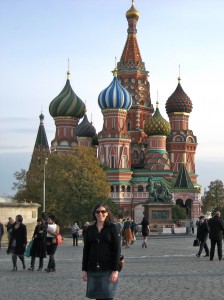