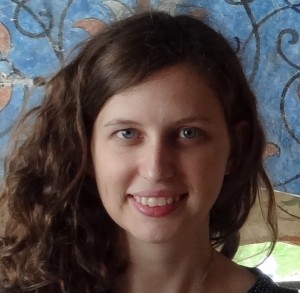 University at Time of Fellowship: University of Colorado-Boulder

Moscow’s religiously diverse population includes an estimated 2 million Muslims out of 11.5 million residents, but only four mosques serve Islamic practitioners. Despite a call for increased religious infrastructure from Moscow’s Islamic leaders since the collapse of the Soviet Union, plans for new mosque construction have come to fruition only twice. From the neighborhood and religious politics surrounding mosque construction, my dissertation examines the spatial strategies used by opponents and proponents of mosque construction, as well as the development of Islamic communities in lieu of a sufficient number of mosques.

My conceptual framework is influenced by work on religion in public space and localized geopolitics. The rights of Muslims to public life in the city are often at odds with state-based constitutional rights and international human rights norms of freedom of religion. This project adopts localized geopolitics to analyze how religion in public space is related to economic, social, and political processes occurring at multiple geographical scales. This fieldwork-based geographical approach does not privilege local understandings of politics, but analyzes local-level discourses in relation to regional, national, or global discourses.

Accordingly, my dissertation draws from nine months of field work in Moscow and includes four parts: 1) building a data base of news articles and government documents relating to mosque construction in Moscow from 2000- present 2) participant observation at key buildings and settings 3) in-depth interviews and 4) focus groups with Muslim communities.

This study of Muslim spaces in Moscow contributes to a broader understanding of civil society, religiosity, and minority rights in contemporary Russia. Recent civil unrest in Russia has occurred not only over questions of electoral politics, but also state politics and religion. The controversial 2012 Pussy Riot trial and its wide circulation in domestic and foreign media outlets highlights the changing nature of civil protests in Russia, and questions the close political relationship between the Orthodox church and the federal government while clarifying the more marginal position of minority religions in Russia. Geographical research has much to contribute to discussions of nationalism, citizenship, and the politics of religion and representation in public space in post-Soviet states; this project analyzes the spatial politics of Muslim communities in Moscow within the context of ongoing political and civil change in Russia.

Meagan is a PhD candidate in geography at the University of Colorado at Boulder. She is completing fieldwork in Moscow, Russia with the support of a Fulbright-Hays Doctoral Dissertation Research Abroad fellowship.   Thanks to the Critical Language Scholarship program, Meagan has also studied in Vladimir and Astrakhan, Russia.  She received her B.A and M.A. in geography from the University of Kentucky. 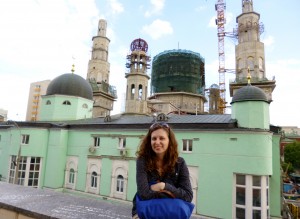