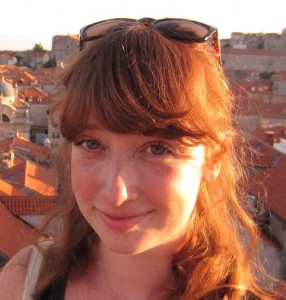 My dissertation concerns Moscow Actionism, a violent and spectacular strain of performance art that emerged in the Russian Federation during the early 1990s. It considers how the public forms of Actionist performances manifest the constraints facing post-Soviet artists who, for the first time after decades of Soviet-era seclusion, sought to enter a globalizing, commercialized artworld from the “provincial” site of Moscow. Combining visual analyses of performances with historical, anthropological, sociological, and economic accounts of the circumstances surrounding Actionism’s explosive appearance, I argue that Russian artists exploited performance’s status as a mechanism of assimilation within both late-Soviet culture and global, post-industrial capitalism as they deftly navigated through the transnational market and media structures of the contemporary artworld during the 1990s.

Michelle Maydanchik is a PhD candidate in Art History at the University of Chicago. She specializes in the history and theory of performance art, focusing on Moscow-based practices in the late and post-Soviet periods. 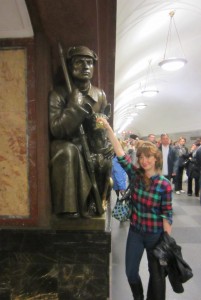