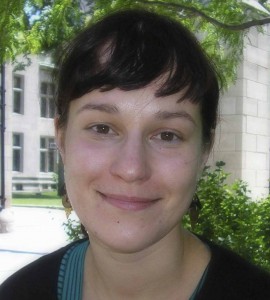 This dissertation, Recovering Health: Tibetan Medicine and Biocosmopolitics in Russia interrogates the emergence of a therapeutic pluralism in Russia, expressed in efforts to formalize medical traditions associated with the state’s geographic and temporal “others.” Formulated as a possible solution to Russia’s healthcare crisis, traditional medical practices are tasked with redressing a fraught medical system, where biomedicine itself is increasingly perceived as insufficient. State-backed efforts to formalize ethnically and culturally marked therapies present a stark paradox in a social context otherwise characterized by normative biopolitical positions and discourses, and the re-privileging of a top-down state centralization.

The dissertation argues that the proliferation of non-biomedical care in Russia’s medical mainstream should be understood in relation to a recuperation and elaboration of Soviet ideas about health as a function of the body’s social and environmental situatedness. In a curious harnessing of Soviet notions of the environmental malleability of bodies in the service of capitalist social and economic reconfigurations, proponents of an integrative medical model in Russia hope to translate and “rationalize” traditional medicine’s presumed ability to promote the body’s “natural” adaptive capacities, realigning the nation’s flagging health with the demands of a “modern” capitalist economy. Yet, the conceptual incommensurabilities inherent in these project continually haunt efforts of medical integration by multiplying competing claims to non-universal “therapeutic natures” – local therapeutically potent environments whose efficacies cannot be accessed or excised through standard scientific or biomedical approaches. These “therapeutic natures” in turn offer alternative conceptualizations of regional belonging, the value of ethnic and cultural identity, and the ethics of caring for local bodies and subjects.

Places at Russia’s political peripheries are increasingly reformulated as de facto “therapeutic natures,” both culturally and ecologically. My dissertation is based on 18 months of field research in Buryatia, an autonomous Southeast Siberian Republic on the Russia-Mongolia border. Currently, this remote region finds itself at the forefront of Russia’s projects of state-sanctioned medical pluralism (Lock 1990), mainly due to the republic’s claims to a local tradition of “Tibetan medicine.” While other traditionally Buddhist regions of Russia are also claiming their own unique Tibetan medical tradition, Buryatia has certainly been the most successful in recruiting funds and the support of the federal government for institutionalizing a distinctly local “Buryat-Tibetan” medical practice.

In Russia, medical “integration” does not so much refer to a rhetoric concerned with privileging the doctor-patient encounter, or in re-establishing an ecological view of the body elided by contemporary biomedical pursuits aimed at optimizing a biologically-defined “life itself” (Rose 2007), but with questioning the claims to the universal applicability and therapeutic potential of “modern” biomedicine. In addition, the rediscovery of the environmental situatedness of medical subjects, and the return to a focus on the ecological and social permeability of life within biomedical science documented by researchers working in Western contexts (Landecker 2011; Olson 2010) is in no way new for post-Soviet medicine. As I argue throughout this dissertation, in such medical domains as restorative medicine, concerned with “functional” health, and which encompasses a wide variety of specializations from gerontology to sports and space medicine, all pushing towards incorporating “traditional” therapies, thinking of bodies as always situated at the intersection of multiple environmental exposures has never truly receded. In many ways, Soviet modernity (and Soviet medicine and science) might be characterized by the assumption that the living subject, whether human, animal, or botanical, is always overwhelmingly the product of environmental forces. Therefore, one of the tasks of this dissertation is to excavate the afterlives and recuperations of these long-standing preoccupations with bodies in situ within Soviet (and post-socialist) ideologies of health, and to examine the productive terrains they offer for tethering the presumed needs of Russia’s body politic to the therapeutic possibilities of nonbiomedical practices.

The dissertation is an ethnography of therapeutic life at the peripheries of state power, set in the Siberian region of Buryatia that unexpectedly finds itself at the vanguard of projects of medical integration via a local tradition of Buddhist medicine. It tracks how the incommensurabilities produced at the sites of therapeutic encounter multiply competing claims to non-universal “therapeutic natures” – local biologies, embodied medical knowledge, and therapeutically potent environments whose efficacies can never be fully accessed or excised through the scientific, biomedical, and administrative regimes that try to incorporate them. These “therapeutic natures” offer alternative conceptualizations of regional belonging, and the ethics of caring for local bodies and subjects.

Tatiana Chudakova was born in Moscow, Russia, lived in France, and subsequently in the US. She received her BA in Anthropology and Psychology from the University of Virginia. 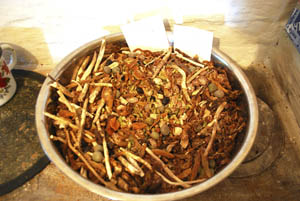