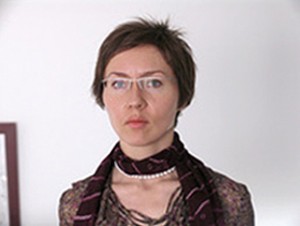 Her new book project A History of the Soviet: The Lingua Franca of Soviet Modernity sets out to question a longstanding convention, in and outside academia, that has allowed scholars to conflate in their work such basic cultural categories of modern Russian history as the “Soviet,” the “Marxist,” the “proletarian,” and the “socialist.” A History of the Soviet turns the pivotal term of modern Russian history into a historical problematic and undertakes a near-century-long (1900s-1980s) interdisciplinary study of cultural change at a time of social, economic, and generational transformation. It seeks to make possible a new cultural history of Russia in the twentieth century as well as a rethinking of the history of totalitarianism, transnational communism, and worldwide trafficking of the Soviet model.

Anna Krylova is Associate Professor of Modern Russian History. Her research and teaching interests are in twentieth-century Russian history, state and society in contemporary Russia, World War II and mechanization of warfare, transnational communist movements, Marxism, and problematics of historical interpretation in gender and cultural history. In addition to numerous academic lectures and presentations, she has delivered public talks on peculiarities of Russia’s capitalism, failing democracy, and radical political movements. In 2009-2010, she participated in a CBC six-hour documentary series on World War II, which was broadcasted in Canada and France in May of 2010. Most recently, she has been a co-organizer with Tani Barlow (Rice University) of the 2012-2015 Duke-Rice International Workshop Series “Communist Legacies and Post-Communist Realities in the Twentieth and Twenty-First Centuries” which brings together an international and interdisciplinary group of scholars and public intellectuals. 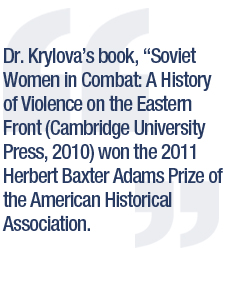