Encounters with Permafrost: Science and Development in Soviet Eastern Siberia

With the collapse of the Soviet Union, the command economy no longer governs development in North Asia. Nevertheless, aspects of the Soviet experience, including expectations derived from Soviet-era planning paradigms, persist to this day. By investigating the history of eastern Siberia under Soviet rule, my project illuminates continuities in approaches to development in North Asia. It also aims to connect economic history to environmental history and the history of science by examining the relationship between the geosciences and ideologies of modernization. I show that economic development in eastern Siberia was accompanied by the creation of scientific structures whose raison d’etre was to optimize the industrial colonization of a permafrost environment. The imperatives of modernization not only fueled the expansion of scientific institutions but also shaped scientific ideas about the physical geography of eastern Siberia, such as the nature of frozen earth. Scientists’ writings about the natural environment of eastern Siberia contributed to the formulation of Soviet regional development theory. Their descriptions of eastern Siberia’s “natural productive forces” contained arguments for both economic adaptation and extraction, regional self-sufficiency and specialization. These tensions underlay Soviet imaginations of eastern Siberia’s place in the imperial as well as the global economy. 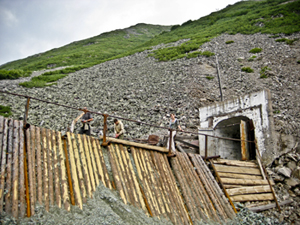