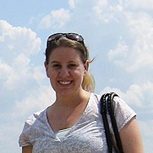 University at Time of Fellowship: Massachusetts Institute of Technology

I argue that, when foreign investors’ political risk estimates are sufficiently similar, firms can and do act collectively to deter the threat of breach. However, when foreign investors are fragmented across characteristics like nationality and asset type, firms are less likely to see another’s dispute as relevant to their own risks. Ceteris paribus, the more diverse a host country’s foreign investors, the lower the costs a government faces when breaching a foreign contract. Additionally, breach of contract is more likely at junctures conducive to governing coalition opportunism, like fiscal crisis and elections in times of political instability. I support my arguments both quantitatively and qualitatively, drawing on over 100 interviews with foreign investors and officials in Ukraine, Moldova, and Romania. Contrary to assumptions made by scholars and policymakers alike, my theory suggests that an emerging economy’s increasing economic integration need not move together with the institutionalization of a government’s own respect for the rule of law.