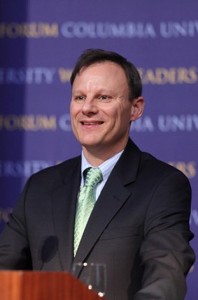 Why are some small groups better able to govern themselves than others? Why do state actors sometimes delegate governing power to other bodies? How do different organizations including the state, the business community, and protection rackets come to govern different markets? Drawing on extensive interviews, surveys, and other sources, Frye explores these questions by studying the currency futures, commodities, and equities markets in Russia. He shows how state policies that promote the free flow of information among brokers were critical to the creation of market institutions. In addition, he demonstrates that foreign aid can promote market development, but only when the incentives of local bureaucrats and foreign donors are closely aligned. Thus, Frye offers a political account for the success of market institutions that differs from arguments rooted in sociology and economics.

Timothy Frye is the Marshall D. Shulman Professor of Post-Soviet Foreign Policy at Columbia University, the Director of The Harriman Institute, and Academic Supervisor of the Center for the Study of Institutions and Development at State Research University-Higher Economics School, Moscow. He received a B.A. in Russian language and literature from Middlebury College in 1986, an M.A. from the School of International and Public Affairs at Columbia University in 1992, and a Ph.D. in Political Science from Columbia University in 1997. He is the author of Brokers and Bureaucrats: Building Markets in Russia, (Michigan Press 2000), which won the 2001 Hewett Prize from the American Association for the Advancement of Slavic Studies, and Building States and Markets after Communism: The Perils of Polarized Democracy (Cambridge University Press, 2010) which won the 2011 Hewett Prize from the Association for Slavic, Eurasian and East European Studies. Among other projects, he is working on a book manuscript, Property Rights and Property Wrongs: Institutions and Economic Development in Russia. He has worked as a consultant for the World Bank, the European Bank for Reconstruction and Development, and the U.S. Agency for International Development.