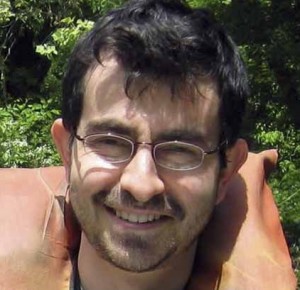 Imperial Russia’s Muslims: Islam, Empire, and European Modernity, 1788-1917 by Mustafa Tuna investigates the entangled transformations of Russia’s Muslim communities, the tsarist administration, and the global power configurations in the long-nineteenth century with a focus on the last decades of the tsarist regime. Rather than attempting to simplify an inherently complex story, it engages historical complexity for greater understanding by highlighting the interplay of local, imperial, and transregional influences. Set in the Volga-Ural heartland of the Russian empire, where an ethnically and religiously diverse population involving Orthodox Russians, Turkic-speaking Muslims, and Turkic and Finnic-speaking animists lived side by side, this story connects to a broad range of intellectual themes such as imperial governance, Muslim politics, Islamic reform, the expansion of European modernity, Orientalism, and the management of confessional minorities.

Tuna raises some central questions about empire, Islam, and European modernity in Imperial Russia’s Muslims: How did the Russian imperial state manage its oldest Muslim minority, the Volga-Ural Muslims? How did the visions and institutions of the tsarist administration and the Volga-Ural Muslims evolve as European modernity engulfed and disrupted existing imperial and local patterns of life and exchange around the world? What bonded Russia’s Muslims and the tsarist state in this environment of rapid transition, and what drew them apart?

In answering these questions, Tuna builds on and moves beyond the hugely successful and fundamentally conflicting contributions of Adeeb Khalid’s The Politics of Muslim Cultural Reform and Robert Crews’ For Prophet and Tsar. Tuna agrees with Crews that Catherine the Great’s imperial model which recognized subject peoples in confessional categories and governed them through intermediaries accommodated Russia’s Muslims successfully by co-opting Islamic scholars and endorsing certain Islamic norms. But then, Tuna suggests, this model collapsed when the Russian statesmen hastily yet halfheartedly introduced measures of unmediated governance in the wake of the Crimean War in order to keep up with Western Europe’s global ascendancy. The tsarist administration’s attempts to integrate Muslims culturally into the imperial fabric bogged down in the face of the Muslim peasants’ apprehensions about religious assimilation. Meanwhile, a sea-change that surged in the late-nineteenth century in communications, transportation, and global exchange connected Russia’s Muslim communities to ideological circles beyond the tsarist state’s ability to control, such as the Ottoman Westernists or the Russian socialists. A newly emerging class of progressive Muslim intellectuals undermined the communal authority of Islamic scholars, as Khalid argues in the context of Central Asia. In the context of the Volga-Ural region, Tuna suggests that while the sea-change was transforming the broader Muslim population as well, the progressive intellectuals’ secularist inclinations prevented them from being able to connect to them and therefore, from leading a viable cultural reform movement. Meanwhile, Orthodox missionary concerns about the rivaling influence of Muslims over the region’s animist peoples led tsarist bureaucrats to view Russia’s Muslims through a distorted lens of paranoia, which, most bureaucrats and the missionary activists thought, was validated by the political involvement of progressive intellectuals. There were instances of Muslims and imperial agents listening to each other and building rapport, especially at the local level, but centrally, the tsarist administration continued to treat its Muslim subjects as a security threat. Later events, such as the Volga-Ural Muslims’ loyal service under arms during WWI, revealed that the paranoia of Russian bureaucrats about a Muslim threat was misguided, but it still defined imperial policy. The resulting tension came with the opportunity cost of depriving Russia from making the most out of the contributions of its Muslim subjects at a time when inter-imperial competition dictated empires to maximize their resources.

Mustafa Tuna (Ph.D. 2009, Princeton University) is Assistant Professor of Russian and Central Eurasian History and Culture in the Department of Slavic and Eurasian Studies of Duke University with secondary appointments in the Department of History and the Duke Islamic Studies Center. His research focuses on social and cultural change among the Muslim communities of Central Eurasia, especially the Volga-Urals region and modern Turkey, since the early-nineteenth century. He is particularly interested in identifying the often intertwined roles of Islam, social networks, state or elite interventions, infrastructural changes, and the globalization of European modernity in transforming Muslim communities. He is currently working on his book project titled Imperial Russia’s Muslims: Islam, Empire, and West European Modernity, 1788-1917 for which he has a contract with Cambridge University Press. Dr. Tuna is married and has two sons. 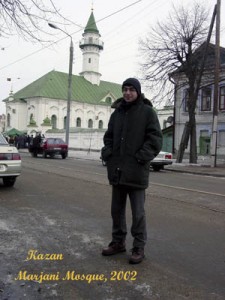