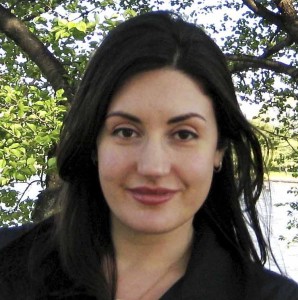 A Sacred Space is Never Empty: Scientific Atheism, Socialist Rituals, and the Soviet Way of Life (1954-1991)

“A Sacred Space is Never Empty: Scientific Atheism, Socialist Rituals, and the Soviet Way of Life (1954-1991)” analyzes Soviet efforts to fulfill the administrative, psychological, and philosophical functions inherited from religious institutions. As such, it is about how the state discovered that it had to become a church, and about the revolutionary attempt to turn a political ideology into a religion—not just in theory, but in practice. The book presents two distinct, yet overlapping, stories: that of Marxist-Leninist scientific atheism as it attempted to inject a distinctly Soviet spiritual content into the space left empty by the war against religion; and that of Soviet citizens whose lives were ordered and made meaningful by Soviet beliefs and rituals. This project examines the resurgence of interest in atheism and rituals in the late Soviet period, and analyzes why, despite its totalizing ideological agenda, the Soviet Union did not introduce socialist rites on a mass scale until the Khrushchev era. It also examines why the leadership did ultimately invest enormous resources into creating a distinct Soviet spiritual culture under Brezhnev, and what happens to this culture during the state’s efforts to reform under Gorbachev and in the post-Soviet period. “A Sacred Space” therefore challenges the common perception that Soviet religious policy was solely destructive, and that atheism therefore played an only marginal role in Soviet life. Instead, it shows that ideologists became increasingly aware of contradictions as they attempted to transform ideology into everyday convictions and practices, thereby making spiritual life central to the fate of the Soviet political experiment. In a broader sense, this project analyzes the significance and functions of private beliefs and rituals in modern society, and evaluates the state’s ability to direct this aspect of individual and social life in order to show that the way ideological states approach spiritual culture

Victoria Smolkin-Rothrock, Assistant Professor of Russian History at Wesleyan University, Connecticut, completed her PhD at the University of California at Berkeley in 2010. She is currently working on “‘A Sacred Space Is Never Empty’: Scientific Atheism, Socialist Rituals, and the Soviet Way of Life, 1954-1991,” a book manuscript that follows two distinct, yet overlapping, life-cycles: that of Marxist- Leninist scientific atheism, as it attempted to transform religiosity and fill the space that had been occupied by religion with a distinctly Soviet spiritual content, and that of Soviet citizens, whose lives were ordered and made meaningful by Soviet beliefs and rituals. Selected publications include “Cosmic Enlightenment: Scientific Atheism and the Soviet Conquest of Space,” in Into the Cosmos: Space Exploration and Soviet Culture in Post-Stalinist Russia, eds. James T. Andrews and Asif A. Siddiqi (Pittsburg, PA: University of Pittsburgh, 2011), 159-194; “The Voices of Silence: The Death and Funeral of Alexander Blok,” in Petersburg/ Petersburg: Novel and City, ed. Olga Matich (Madison, Wisconsin: University of Wisconsin Press, 2010), 305-331; and “‘A Sacred Space Is Never Empty’: Atheist Education in the Soviet Union, 1964-1968” in Neprikosnovennyi zapas: debaty o politike i kul’ture (Reserve Stock: Debates about politics and culture) 3, no. 65 (Summer 2009): 36-52. Research interests include: everyday life, ritual culture, religion and secularism, and the cultural history of Soviet social sciences. 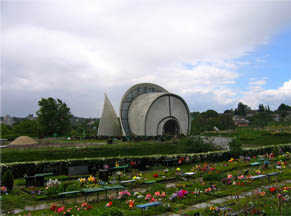