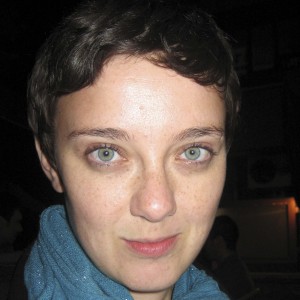 The Long Journey Home: Citizenship, Property, and Legal Culture in the Caucasus

In August of 2012 I sat with Orhan and his father Suleyman outside of their home in the village of Abastumani. Suleyman, who is ninety-five years old, was born in this village and intends to die there. He was there in November of 1944 when Soviet soldiers arrived in the middle of the night and “evacuated” all of its residents. Across the region, in over 200 villages like Abastumani, more than 100,000 Muslims, all members of various ethnic minority groups, were given two hours to pack, loaded onto cattle cars headed for Central Asia, and told that they would be allowed to return when the war was over. Many died before they reached their destination. Suleyman can still recall watching the soldiers toss the bodies into the frozen wilderness, thousands of miles from their native soil and the bones of their ancestors.

It took Suleyman nearly forty years to return to Georgia and nearly seventy years to return to Abastumani. Today, a tiny percentage of the deportees and their descendents—about 1,500 people of a total population that is estimated to be in the hundreds of thousands—live in the Republic of Georgia. Over six weeks of ethnographic fieldwork at five sites throughout the country, I asked these returnees what it meant for them to become citizens and property owners in their historic homeland. Informed by theoretical insights from the anthropology of law (e.g. Merry 2006; Ewick and Silbey 1998) and the anthropological and cross-disciplinary literatures on diasporic communities (e.g. Bisharat 1997; Kelly 2004; Uehling 2004), postsocialist property (e.g. Humphrey 2005; Sneath 2004; Verdery 1996 and 2004), and citizenship (e.g. Brubaker 2004; Ferguson and Gupta 2002; Nyers 2006; Ong 1999), my research goal was to understand how these deportees and their descendants experienced the process of return. This ethnographic study of a particular return—one that is shaped by the history of the Caucasus, the social engineering projects of the Soviet Union, and the requirements of contemporary international human rights law—will have much to offer for anthropologists and others engaged with refugees, stateless people, and questions of repatriation and restitution throughout the world.

Throughout my fieldwork I heard about returnees’ experiences in Georgian courts and property registration offices, their interactions with government ministers and NGO workers, and their attempts to make sense of the national and international laws that shaped their relationship with the Georgian state. Like Suleyman, many spoke passionately of their desire to re-establish their roots in the soil that had nurtured their people for centuries. Although I expected that there would be a great deal of debate about the best way for them to move forward, I was surprised to find that the issue at the center of this debate was not what they need to do, but who they are.

According to the 1944 deportation decree, the largest group of deportees was ethnically Turkish. Today, this group is most widely known as “Meskhetian Turks,” an ethnonym that attempts to reflect both their ancient connection to the land and people of Georgia and their position as a Turkish-speaking Sunni Muslim population. However, I found that for some of the returnees, the reclamation of a Georgian last name from archival documents and the rejection of a Turkish identity have come to be understood as pivotal moments in their return process. Over and over again, these returnees, who most often called themselves Meskhi, told me that there was no such thing as a Meskhetian Turk—it was a contradiction in terms and a malicious one at that. One Meskh woman summed up this sentiment, asserting that the word “Turk” had made her people homeless seventy years ago and kept them homeless even today. Having found that many returnees have come to insist that a return to Georgia necessitated a return to Georgianness, I ask: How did they come to this understanding of return? In order to begin to answer this question, I turn back to my initial concerns with citizenship, property, and the law.

Irina Levin is a doctoral student in New York University’s Department of Anthropology. After receiving a bachelor’s degree from Washington University in St. Louis, Irina worked as a legal coordinator for a nonprofit organization serving low-income litigants in New York City’s family courts. Before beginning her graduate training at NYU, Irina was a Fulbright IIE grantee in Azerbaijan, where she conducted pre-dissertation fieldwork with rural Meskhetian Turkish communities. This research informs her upcoming work with Meskhetian Turkish communities in Georgia. 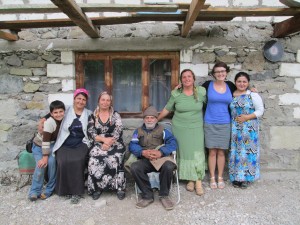