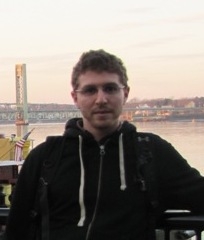 By the time of the Russian conquests of the late 19th-century, the ethnic and political landscape of Islamic Central Asia had been influenced by a millennium of slavery. An understanding of slavery and the slave-trade in the region is central to the study of its social history at the dawn of the modern era, and also to an understanding of the Russian imperial discourses which rendered its conquest a “civilizing” mission. These subjects remain almost entirely unstudied, however. In an effort to fill this fundamental gap in our knowledge of the region, I hope to write a dissertation on slavery and the slave-trade in Central Asia in the 19th century, focusing predominantly on Khiva and Bukhara in the era of the Russian conquests.

While Central Asia’s slave-trade factored heavily in Russian discourses of “civilization,” the trade’s existence was not an invention of imperial imaginations: it is likewise confirmed by an abundance of sources in several languages. It appears that the majority of the slaves in question were Iranian Shi’ites from Khurasan, though it was the liberation of captive and enslaved Russians (especially the thousands allegedly held in Khiva) which was presented as an especially strong incentive for the Russian conquests. Shortly after the fall of Khiva in 1873, a Russian census based in Orenburg estimated that 29,291 slaves (mostly Persian) had been living in the Khivan khanate alone, along with some 6,515 manumitted slaves. We can hypothesize that slavery was not only a significant rhetorical device for the expansion of an empire, but also an important element of Central Asian society.

What became of these tens of thousands of slaves after manumission is a matter of speculation. I believe some answers may be found among the community of “eroniy” (“Iranian”; irantsy in Russian) Shi’ites living today in Samarkand and Tashkent, many of whom can reportedly trace their descent from liberated Persian slaves. This largely endogamous ethnic group—a demographic of thousands, many of whom still attend a distinctive Shi’ite mosque in Samarkand’s Panjob neighborhood—appears to have been neglected in most discussions of Soviet nationalities-policy and, even now, few outside Uzbekistan know of its existence.

Using sources in Persian, Chaghatay, Russian, Arabic, Uzbek, French, and English, I hope to write a dissertation which consists of six parts: 1) a brief introduction to slavery and manumission in the Islamic world; 2) an outline of what we know about the  slave-trade in Central Asia before the 19th century; 3) a detailed overview of slavery and corvée labor in the region in the 19th-century, with a particular focus on Khiva and Bukhara; 4) a discussion of slavery’s role in the imperial “civilizing missions” of the 19th century, comparing the Russian Empire in Central Asia and the Caucasus with French rule over North Africa; 5) an account of the liberation of slaves during and after the conquest of Central Asia, focusing on the conquest of Khiva and its aftermath; and 6) an epilogue tracing the lineages of Iranian Shi’ite slaves to their modern-day descendents.

Funding provided by the SSRC Eurasia Program allowed me to work extensively in the archives of Kazakhstan in the summer of 2013. In the collections of the Central State Archive, the National Library of Kazakhstan, and the Kazakh Academy of Sciences, I was able to access an extraordinary wealth of materials on slavery in the region, providing invaluable material for my dissertation and allowing for the preliminary conclusions of the policy brief.

Jeffrey Eden is a PhD student at Harvard University (Committee on Inner Asian and Altaic Studies). He received an MA from Indiana University (Central Eurasian Studies) and a BA from the University of Chicago (Near Eastern Languages and Civilizations). 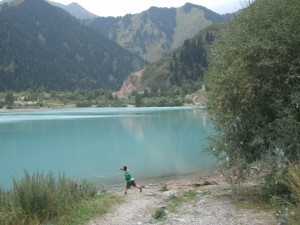