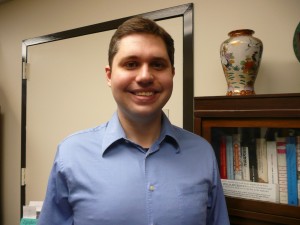 Oil and Stability in Revolutionary and Soviet Baku, 1917-1923

My current project is on the connection between ethnic violence between Azeri Turkish and Armenian communities and political violence among various socialist, nationalist and religious factions in Baku during the late revolutionary and early Soviet period, and the effect on the city’s economic heart, its oil industry. The point of my project is not just to document the direct impact that ethnicity and politics had on Baku’s chief industrial sector, but to analyze the effect that successive waves of destabilization of this critical industry had on social stability, and how in turn economic uncertainty fed greater violence and civil distress. Ultimately, by investigating data collected on oil production combined with substantial and varied material on demographics of the urban working force and other materials from archives in Moscow and Baku, I hope to analyze this societal-economic process, and reinterpret the relationship between ethnic and political conflict and its effect on an urban economy during this period.

The project will employ aspects of economic, ethnic and political history to further investigate how local and regional politics, ethnicity and oil intersected in Baku. By utilizing perspectives across multiple historical disciplines to explore the meaning behind violence during the revolutionary period and after the Bolshevik takeover in a single urban area, I believe my project will provide critical insight into the development of historical memory in Baku as a heavily industrialized urban locality.

I hope to emphasize that the growing ethnic and political divides occurring in Baku as an urban and resource dependent locality were tied to fluctuations in the production and export of oil, yet oil production was necessary to maintain economic viability and therefore societal stability. Therefore, my project will be looking at how initial bouts of conflict affected the production of a strategic resource, then how revolution, ethnic conflict and a second crisis caused by Bolshevik-led nationalization further impacted the ability of the oil drilling and petrochemical industry in and around Baku to maintain production, retain their workforce and invest in the basic infrastructure to keep the industry running in an efficient manner. The resultant drop in oil production and reduced investment in infrastructure during the late revolutionary period, further exacerbated by mass nationalization in 1920, would have a direct negative effect on Baku’s population as violence continued into the mid-1920s.

At the same time, it is important not to lose sight of both the diversity of the demographics of the city and the history of various ethnicities that were part of it. Therefore, the study of Baku’s oil industry must be tied with its people, including the shape of the workforce, the location of residential industry, and the identities of individuals who were affected by both mass and individual violence.

This project is of critical importance if we hope to answer how fluctuations in natural resource production can impact the economic well-being of contemporary urban areas across the globe. The particular case of Baku during this period is a unique opportunity to analyze how societal instability in an urban space rooted in ethnic division and dramatic economic restructuring can cause mass destabilization of its structural-economic underpinnings, which may fuel further ethnic and political tension and violence. This is an important point to consider in regards not only to ethnic violence across the Caucasus in the twentieth and twenty-first centuries, but also to contemporary instability in other regions resulting from the so-called resource curse such as in the Niger delta region in Nigeria or in the eastern provinces of the Democratic Republic of Congo. In many ways, Baku experienced both the chaos of post-colonialism and the division of re-colonialism in the space of six years. This experience can only help us understand later and contemporary processes in the developing world.

Jonathan Sicotte is currently a doctoral student in Russian and Soviet History at Georgetown University. He previously received an MA in Middle Eastern Studies from the University of Chicago and has worked at Berkley Center for Religion, Peace and World Affairs. His current project focuses on the intersection of ethnicity, politics and commodity economics in Baku, Azerbaijan during the period of the Russian Civil War and the early Soviet period, a project he hopes to develop further through  continuing research in archives across the former Soviet Union. 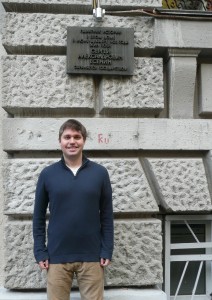