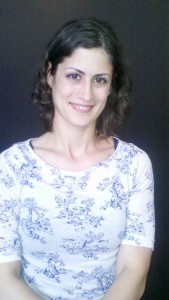 The Politics of Property in Post-Soviet Russia: Land, Votes, and ... Building Capitalism?

What explains variation in the success of land-reform and property rights initiatives in the former Soviet Union? Economic analyses and foreign aid programs treat property rights as a purely economic process that — as it is designed to alleviate rural poverty and spur economic growth — both elites and farmers should support. However, this view ignores the fact that establishing property rights determines who may own and benefit from agricultural production. This process results in winners and losers, and is therefore political. Since the collapse of communism, policymakers have proposed liberal market reforms and individual property rights as an almost “magical” solution to the economic stagnation and decay that characterized command economies. Such reforms, however, have come to resemble black magic. Although individual agricultural production has skyrocketed in a few countries like Azerbaijan, most exhibit a “mixed” legacy that combines extensive de jure changes with little transformation of facts on the ground.

Meanwhile, land rights have only recently begun to receive attention from political economists, especially in the former Soviet states. However, land rights play an integral role in shaping economic development, migration, and, I argue, electoral politics in many regions. Agricultural economies comprise the base of clientelistic networks that provide political elites in predominately rural areas with both economic rents and a vital source of votes. Secure individual rights to land help generate economic growth and reduce rural poverty, but they also undermine these networks by reducing elites’ control over a key resource. Hence, political leaders face competing political and incentives for and political incentives against securing individual property rights.

Under what conditions, then, will secure land rights emerge? My research tackles this question in Russia by examining both sub-national and over-time variation in land reform outcomes. In particular, I examine how local and regional elites’ access to alternative sources of income and changing demographics affect their investments in clearer rules, consistent documentation and enforcement, and communication regarding land reforms that were promulgated at the national level. By tackling both political and economic factors that affect land rights, my research contributes to ongoing debates over market development in post-communist states. It also builds on work by other scholars, especially those working on Africa, that have usefully complicated many assumptions underlying standard neoliberal approaches to market development.

Margaret Hanson is a second-year doctoral student in comparative politics and a 2012-2013/2013-2014 FLAS Fellow at the Ohio State University. Her research interests include political economy, governance, institutional development, and land reform in post-communist Eurasia. Before coming to Ohio State, she earned an M.A. in Russian Studies with distinction from the European University at St. Petersburg and researched nation-building in Kazakhstan as a Fulbright U.S. Student Grantee. She completed her undergraduate degree at Grinnell College.