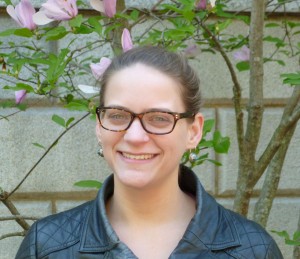 In 1918, amidst the chaos of civil war, Bolshevik activists began to establish power in the territories of today’s Kazakhstan with a clearly articulated agenda for the “backwards” peoples of the former Russian Empire, calling for a particular form of modernization and nation building. The reality they confronted, however, challenged the very foundations of their ideological program. While the Leninist principle of self-determination called for the elevation of local people to positions of power, the Kazakhs were a largely nomadic group with a literacy rate in the low single digits and negligible Party membership. In approaching these challenges, Bolshevik revolutionaries were forced to recruit functionaries from among the educated sphere of Kazakh society, including those with “questionable” social backgrounds and former members of the anti-Bolshevik Alash movement. Nevertheless, the Party leadership of the Kazakh ASSR (from 1936, the Kazakh SSR) remained disproportionately non-Kazakh, especially at its highest levels. The Kazakh national landscape was additionally complicated by the presence of numerous other ethnic groups, which occupied various points along the Bolshevik scale of culturally “backward” and “advanced” nations. Examining the nuances of this complicated national landscape and its role in the establishment of Soviet rule, I hope to establish how nationality actually functioned within Soviet power structures and to clarify the relationship between nationality and authority within the Party apparatus.

The first generation of ethnic Kazakh Bolsheviks and their personal experiences within the Party offer a particularly useful window into these issues. Mediating between Communist ideology and local realities, such early Party members were crucial to determining the contours of Soviet Kazakhstan and its institutions. Although many significant Kazakh Bolshevik figures perished in the Great Terror of 1937-1938, some of their number outlived Stalin and continued to serve in important Party posts. Understanding their backgrounds, motivations, and career trajectories is therefore central to comprehending the processes of modernization and Sovietization in the republic. I will examine early Kazakh Bolsheviks through the lens of salient biographical circumstances such as education, experiences of the 1916 Central Asian Revolt, the 1917 revolutions, and the subsequent civil war, as well as participation in pre-Soviet political groupings such as Alash Orda and Ush Zhuz. I will also analyze intellectual circles and political networks operating both before and after the establishment of Soviet rule. Ultimately, I hope to understand the evolution of these Party activists’ interests, their conceptions of themselves vis-à-vis both non-Kazakhs and the general Kazakh population, and their role in intra-Party politics and decision-making. In order to illuminate their sense of identity and their place within Kazakhstan’s multi-ethnic Party apparatus, I will use archival materials and family papers, including personnel files, autobiographies, correspondence, and records of internal Party decisions and debates, as well period publications. Careful analysis of these materials will allow me to sketch a comprehensive picture of how nationality actually functioned in the creation of a Soviet Kazakhstan, clarifying inter-ethnic dynamics within Party structures and, more broadly, the true relationship between nationality and power in the Soviet Union’s first decades. This project will form the basis for my doctoral dissertation, which I hope will provide valuable insights into Kazakhstan’s history—and present—as a multi-national country and illuminate unique aspects of Kazakhstan’s Soviet experience that continue to find resonance in the twenty-first century.

Maria Blackwood is a doctoral student in History at Harvard University. After receiving a joint BA/MA in History from Yale University in 2010, she worked on international arbitration cases for an American law firm in Paris. She has been traveling to Central Asia since 2007, and her current research focuses on questions of nationality and authority within Communist Party structures in that region. 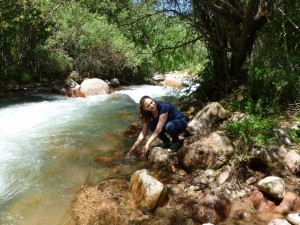