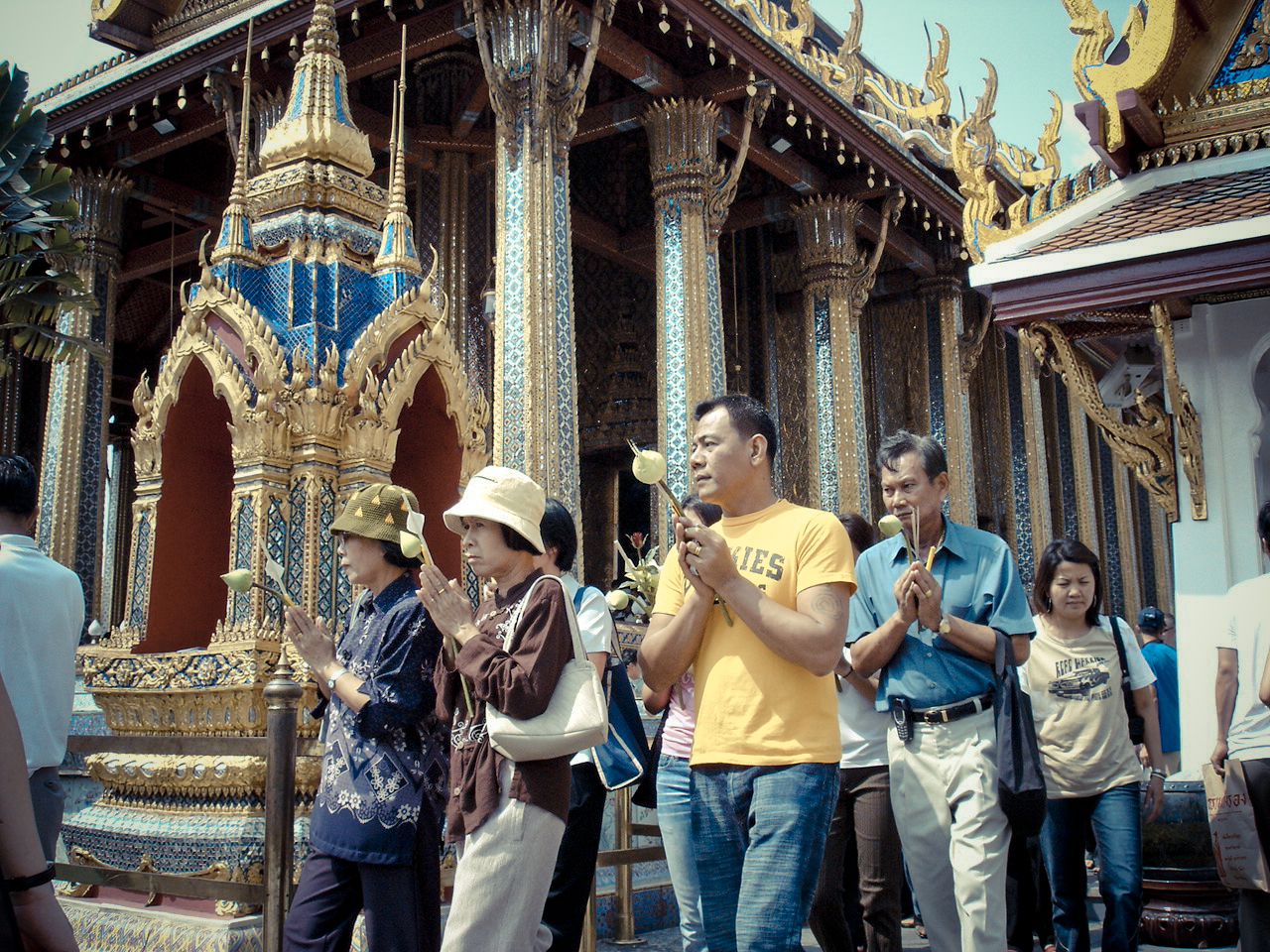 Despite concentrating on politics throughout my career, I have written often on religion and the public sphere, a subject that nearly always touches on prayer. When I studied for my Master’s in Journalism at Columbia University’s Graduate School of Journalism, I undertook Professor Ari Goldman’s inaugural Covering the Religions of Israel class. We traveled to Israel and Jordan for our field reporting and I continued my research and reporting on ultra-orthodox Hasidic Jewish communities, already begun in Brooklyn. Prayer is at the centre of Hasidism and is indeed integrated into daily existence.

When I moved to the Philippines with my family, working as a freelance correspondent for the Australian and international press, I was fascinated by the way religion, spiritual devotions, and prayer are integrated into every facet of public and personal life. I reported on the mass prayer vigils held by members of rapidly expanding pentecostal and evangelical churches with their charismatic preachers. On the fabled “Day of the Dead” or All Souls Day (actually the “celebration” starts a few days before the official Catholic feast in early November) Filipinos gather in cemeteries to hold joyful prayer vigils-cum-macabre parties around the gravestones of their dearest late relatives. There is a mixture of traditions pre-dating the arrival of Christianity under the Spanish, including both Malayan and Chinese beliefs about spirits and ghosts, combined with Christian beliefs in the eternal soul and the disintegration of the body.

Later, when I was based in Bangkok, I witnessed the constant public prayers and festivals of the city’s largest Hindu temple, situated on my very Silom street. I turned this too into an article alerting readers to the heterogeneous, religiously tolerant, and diverse Thai capital. In this bustling Asian mega-city, Buddhist prayers, Catholic church bells, Hindu chants, and Muslim calls to prayer happily jostle for “noise space” along with a small but visible community of orthodox Jews who sometimes pray in street processions.

Now as I have moved back to France to be a Paris-based columnist and correspondent, I would like to explore the political, cultural, and religious polemic about Muslim street prayer.

So what is it about public displays of religiosity, and particularly the notion of Muslims, French citizens or otherwise, praying in the street that so offends certain sections of the nation’s political establishment, and according to surveys, a sizeable portion of the citizenry?

What do these prayers consist of? What are believers praying for? Why have certain believers chosen to say their prayers in a public place? Why are some French so upset by this act performed in a language unknown to most citizens?

And how should a country with strongly secular values reconcile the preference of a minority of its population to openly commune with their God, or entreaty their creator, in a public setting?

I would like to explore these questions, and most importantly to go behind the headlines and slogans denouncing street prayer in France. If prayer can provoke such impassioned debates, clearly we need to know much more about the act itself, an exploration and investigation that could also take some of the heat out of a seemingly intractable question.