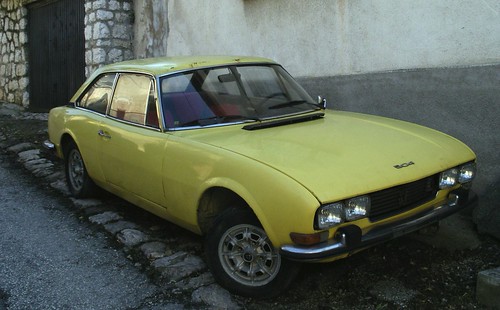 Nevertheless, my primary interest here is not in testimonies, even less so in the question of their historical facticity. Instead, inspired by the specific example of Pastor Adeboye’s testimony, I am drawn to the physical object—the vehicle in both senses of the word—of his ostensible encounter with the divine. This focus helps me to valorize a theme which has received insufficient attention in accounts of Pentecostal resurgence across Africa. That theme is what I capture here as vehicular religiosities, an idea that I propose to use to announce and expound a whole range of religious rituals, gestures, and physical and emotional activities associated with, and elaborated in relation both to the automobile and vehicular traffic.

There are potential dividends. Among other things, there is a great opportunity to broker a dialogue between two by and large estranged analytic genres: the literatures on automobility and the automobile; and Pentecostal religiosity and spiritual performance respectively. As John Urry writes, although the former has been alert to how “people inhabit congestion, jams, temporal uncertainties and health-threatening city environments through being encapsulated in a domestic, cocooned, moving capsule- an iron bubble”; and although he goes on to acknowledge cars as “places of dwellingness,” the religious dimension of automobility—the ways in which religious bodies and bodies of the religious intermingle with, utilize, affect(and are affected by) vehicles and vehicular traffic—remains by and large muted.

Auto-Spiritualities: Cars as Objects of Worship

The omission is significant in an African context; especially given the historicity of the automobile as symbol of social distinction, and the equivalent status of the modern highway and its appurtenant infrastructure as a visible marker of national development. In Nigeria at least, the automobile was iconic of new patterns of consumption and a visceral attunement to material objects that arrived with the dawn of the age of “Petro-Naira” (the expression is Karin Barber’s) in the late 1970s.

In the new century, the automobile is parked right at the center of a new “empire of cultural signs,” as illustrated, to take just one example, by the different aliases that Nigerians typically attach to automobiles. Each alias is suggestive of either the social status (“levels” [sic] in Lagos street parlance) and/or gender of the owner, and/or a particular aesthetic or mechanical feature of the automobile in question. For instance, the Volkswagen Beetle is the “Ijapa,” (tortoise); the BMW is “Be My Wife;” the classic Mercedes Benz 200 is the “Mesi Oloye;” the Toyota Corolla is “First Lady;” the Toyota Camry is either “Senior Brother” or “Godfather,” depending on the year of production; while different editions the Honda Accord are either “Bullet” or “Bull Dog,” “Pure Water” or “Baby Boy,” “Halla,” and “End of Discussion.” The 2009 edition, uniquely, is called “Evil Spirit.” Collectively, these monikers refract the essence of a sociality in which, as Olatunde Bayo Lawuyi notes, the automobile is inextricably linked to popular notions and understanding of wealth, pleasure, status, social mobility, and even danger. Furthermore, the very fact that many of the appellations focus on the accumulation of wealth (and the exchange of wealth in relationships between men and women, e.g. there is a “Thank You Daddy;” is one pointer to the dominance of the prosperity gospel of Pentecostals. Through their various nicknames, automobiles come to embody this prosperity ethos.

Hence the enactment of a whole a range of religious performances and rituals around the automobile. In Ghana, Kwaku’s difficult and intermittently hilarious relationship with “God Never Fails,” his Peugeot 504, notably began, as Birgit Meyer and Jojada Verrips document, with a prayer. In Nigeria, prayers about the automobile can focus on one or a combination of things: prayer to be able to muster sufficient funds to purchase a car of one’s dream, prayers for spiritual fortification against an assortment of dangers and perils, including road accidents and/or evil forces, mystical attack, or the evil eye of malicious kin. As fatalities from car accidents have grown, prayers for protection from the dangers of the road have become louder and persistent. The prayer, “Ka ma rin ni ojo ti ebi n p’ona” (May we not travel on the very day that the road is famished) carries an added resonance against a backdrop of endemic auto-mortality. The unusually high frequency of road traffic accidents is attested to by the following anecdote from Kathryn Rhine in a presentation in 2011, who reports that “during a recent fieldwork among HIV-positive persons in Nigeria, patients would insist that their virus was not going to kill them; rather, they would likely die in a car accident.”

Communing while Commuting: Cars as Spaces of Worship

Yet, the most interesting development would appear to be the transformation of the automobile from a veritable of object of worship and desire, to a space of worship in itself. On a recent trip to Accra, Ghana, I hailed a taxi to take me from a shopping mall to my hotel. As I chitchatted with the driver, my eyes suddenly fell on a carefully placed Bible and hymn book on the dashboard of the taxi. Nudged as to the point of keeping the books there, he eagerly volunteered the information that he was a “born-again” Christian, and that he kept the books there for a combination of reasons: solace when business was slow, as protection against accidents, and to distract himself from “thinking bad stuff.” “When I am waiting my turn on the line,” he said, “I open my Bible and pray.” One notices similar instances of blue-collar spirituality in other parts of West Africa, including Senegal, where taxi cabs are clearly marked by the symbols and images of the marabous of the driver’s preferred Islamic brotherhood.

In Lagos, Nigeria, though, the social and physical circumstances which enable communing while commuting seem radically different. When traffic grinds to a complete halt as is its wont in the city (a normal Lagos “go slow” can last between three and five hours), the commuter faces the severest test of all: what to do with the suddenly abundant time at his or her disposal. In-traffic communion often unfolds in this situation of baffled boredom; where an ordinarily desperate situation becomes a moment for sustained reflection, and anarchic time becomes an opportunity for “quiet time.” Except, there is nothing quiet inside the Lagos Molue, the mere physical appearance of which usually suffices to induce an attitude of prayer in the commuter. On board, a communion of a different sort goes on: lay preachers pressure the unsaved with stirring homilies, pass around tracts and pocketsize copies of the Bible, all the while thankfully accepting donations.