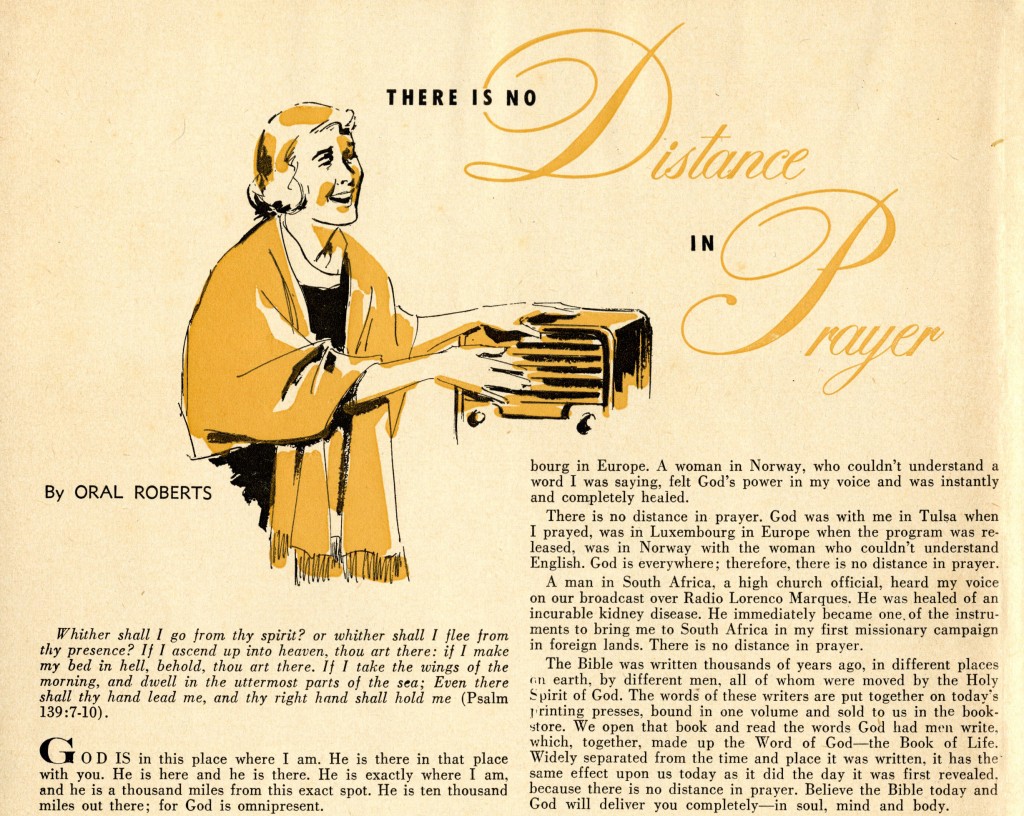 At the very heart of the curative technique, this performance of revelation and concealment discloses the objectile dimension of prayer. The objectile of Pentecostal prayer connotes an irreducible materiality that is necessary for the appearance of faith, yet denied or disavowed during the ritual enactment of healing (hence the term objectile also resonates with the words projectile and abject). As the crucial performative and experiential dimension of prayer, the objectile can neither be attributed to a Pentecostal hypocrisy or anxiety in the face of “things of this world,” nor to an instrumental interpretation that describes the way credulous audience members are duped through the technological artifice of the healer. Instead of these typical explanations, the objectile of prayer suggests that the force or efficacy of the ritual hinges upon this simultaneous revelation and concealment of the material medium. In other words, the objectile is not some anxious appendage or qualification to the performance of prayer, but intrinsic to the organization of ritual efficacy itself.

The concept of ritual efficacy is here limited to a description of the opening or organization of specific experiential frameworks in-and-through the performance of prayer. In this way, the efficacy of prayer emerges from its specific attunements of the senses. This organization of somatic experience, in turn, “heals” or enframes bodily experience, the classification of suffering, and the structures of everyday life in a profoundly different register. The proscriptions that characterize the objectile of prayer “set-up” the religious subject to experience the ritual environment—an environment that emerges, or is structured by material objects and media technologies—in a particularly compelling, perhaps even shocking, way. To deny or dismiss the very medium that is structuring an appearance of sacred presence amplifies the basic sensory experience of technological mediation with an even greater immediacy or actuality. This is not simply a logic of oscillation between two poles, of explicit awareness of the material infrastructure of healing on the one hand, or forgetting on the other, but a doubled awareness, that, like the objectile itself, experiences an excessive presence through the material medium precisely because it is a reproduction. In this ritual milieu, presence becomes doubled—simultaneously immediate and actual within the private space of the home or automobile, yet emerging from a displaced space somewhere else. The objectile of prayer thematizes this doubled awareness of the material infrastructure, and through this ritual performance organizes new experiences of awareness and embodiment.

The ubiquitous phrase “there is no distance in prayer” is thus an implicit commentary on prayer and the production of presence in an age of tele-technology. More specifically, Roberts employed this phrase to describe the millions of written testimonies that claimed to have experienced the “presence” of Roberts himself in their private domestic spaces through the mediation of radio, television, and magazine. As in the account of the Norwegian woman healed through radio prayer, this experience of ritual presence often reverberates before or beneath the circuitry of representation. Here the radio is not merely a passive medium for the transmission of a discrete religious message, but an apparatus of faith that enlivens the voice with a presence in excess of any stable informational content. Even more than this, the machinations of the radio “loudspeaker” (truly speaking in tongues at this moment!) allows the religious subject to experience the vibrations of prayer entering through the hand and resounding throughout the body. As a crucial objectile in the technological history of prayer, the radio apparatus was interfaced with the healing performance and a new form of ritual efficacy was organized in the late modern world.