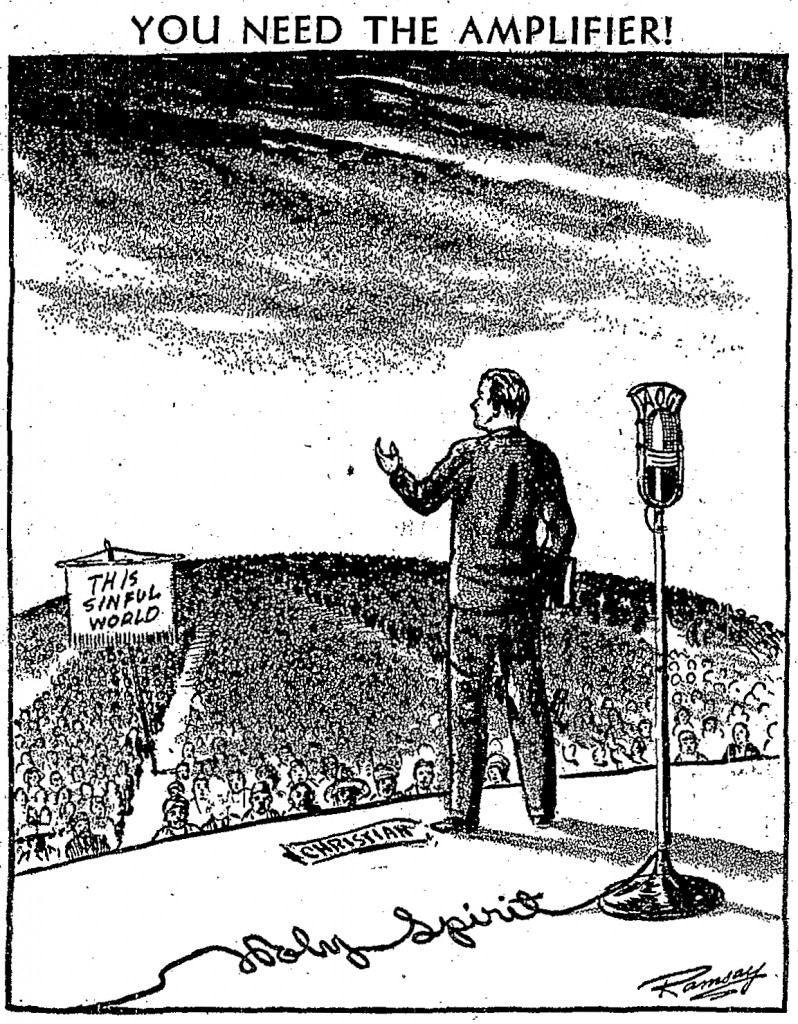 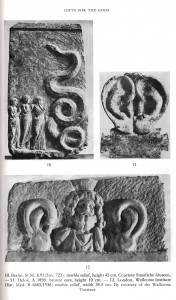 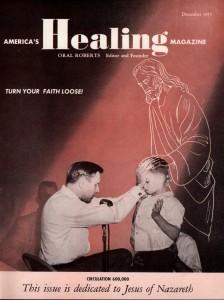 The microphone, for example, instituted a profound reorganization of the traditional Christian rite of  laying on of hands (manus imposito) within the performance of prayer. During the mass healing revivals of the twentieth century, the steel housing of the microphone was literally inserted between the patient and the healer, so that an artificial ear now mediated the tactile experience of manual contact. Following the work of Hent de Vries, the ritual of manual imposition was, quite literally, “interfaced” with the technological system of sound amplification. Yet the microphone did not only change the physical relationship between the patient and the healer during the performance of healing prayer, but it opened up new performative possibilities for the modulation of the praying voice. Through the amplification of loudspeakers placed throughout the revival tent, the mass crowd was able to hear the subtle murmurs, labored breaths, and resounding cries of healing prayer in new and emotionally compelling ways. Faith healers such as Oral Roberts, for instance, realized this performative force enabled through the sensitive hearing capacities of the microphone and would whisper, grunt, and cry out as they cast the demons of infirmity from the body of the patient. In this way, the sensitivities of the microphone allowed the audience to experience the sonic intimacies of prayer between the patient and the healer. Like the massive ears of the deity, the artificial sensitivities of the microphone reveal the intensities of an “acoustic unconscious” of prayer that reverberates beneath the everyday capacities of the human sensorium.

The insertion of the microphone within the manual technique of laying on of hands was an intermediate form of amplified prayer that would culminate in the radical reorientation of the rite of manual imposition itself. The process of amplified prayer inaugurated in the revival tent concluded in the private space of the domestic residence, where the patient reached out and touched the radio loudspeaker itself as a “point of contact” between the sacred and the everyday.